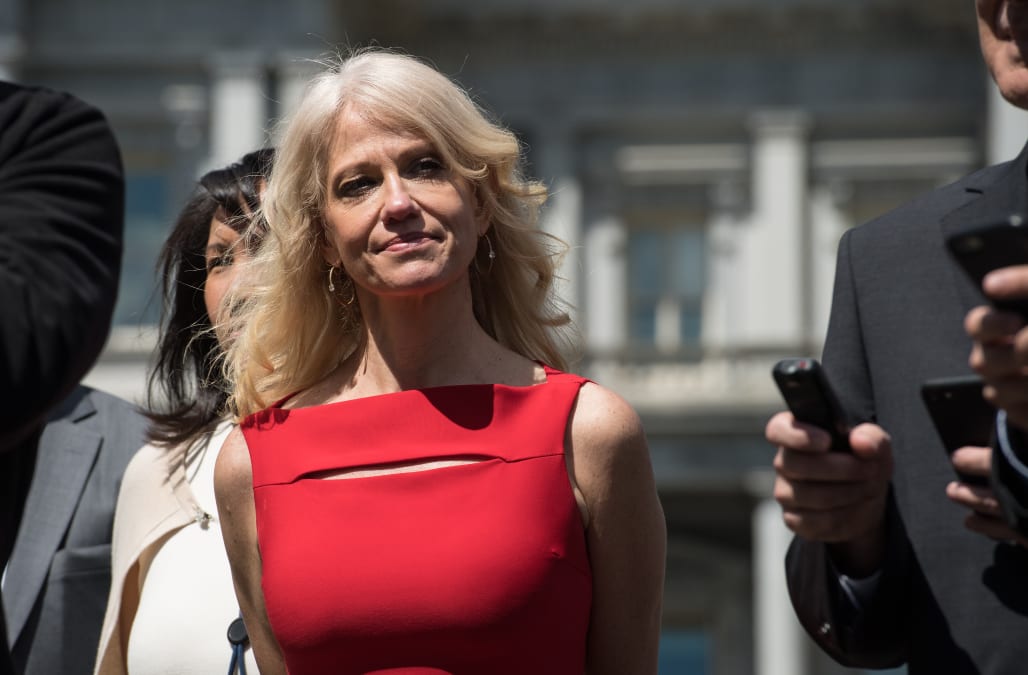 Kellyanne Conway, whose official title is counselor to the president, declined on Sunday to say whether she and all of the White House staff would report directly to newly-installed Chief of Staff John Kelly after a shakeup in the White House last week that included Reince Priebus’ ouster.

“I will do whatever the president and our new chief of staff, General Kelly, ask me to do,” Conway, said on “Fox News Sunday.”

Conway dodged the question of whether she and new White House Communications Director Anthony Scaramucci would report to Kelly following Scaramucci’s scathing and profanity-ridden tirade against the former chief of staff.

“I will speak with General Kelly and the president about that, as will Mr. Scaramucci,” she added. Scaramucci has previously said that he reports directly to the president.

Conway said “we have great faith” that Kelly could bring protocol and order to the White House while empowering “his staff to succeed.”

“That is nothing about our outgoing chief of staff, Reince Priebus, who should hold his head high as he exits,” she said, adding, “Many great things happened in the first sixth months during his tenure and I think that Reince will go down as one of the most successful and certainly longest-serving RNC chairs, where as chair they were able to raise a great deal of money and improve a digital and grassroots operation that allowed the Republican Party to succeed by getting the House, the Senate, the governorships, the state legislatures.”

Conway also avoided the question on Friday, saying on Fox News, "That's just a pecking order question I think is beside the point and here's why, we all serve the president and this country."

President Donald Trump on Friday removed Preibus from the role and tapped Homeland Security Secretary Kelly for the job. The retired four-star Marine general starts his new job on Monday.

When asked about whether Trump, who has been publicly expressing disappointment against Attorney General Jeff Sessions, is considering appointing Sessions as Homeland Security chief in Kelly's absence, Conway said she would not comment on that.

"That's a personnel question that only the president can answer," she said, later adding, "I won't comment on that but I will tell you that the president has expressed frustration about the recusal, so much has flowed from that recusal, and so much of President Trump's agenda flows from the Department of Justice."

Conway said she would hold her first meeting with Kelly on Monday.

She added that, in his new role, Kelly would also be working with leaders on Capitol Hill, where she said the president’s legislative agenda “has stalled.”

“He’ll also be interfacing with Capitol Hill, where a lot of the legislative agenda has stalled,” she said. “I think the chaos this week really was on Capitol Hill and in the Senate.”

The GOP failed to pass a series of measures aimed at repealing and replacing Obamacare this week, but Trump has vowed to fight on, tweeting on Sunday, “Don’t give up Republican Senators, the World is watching.”