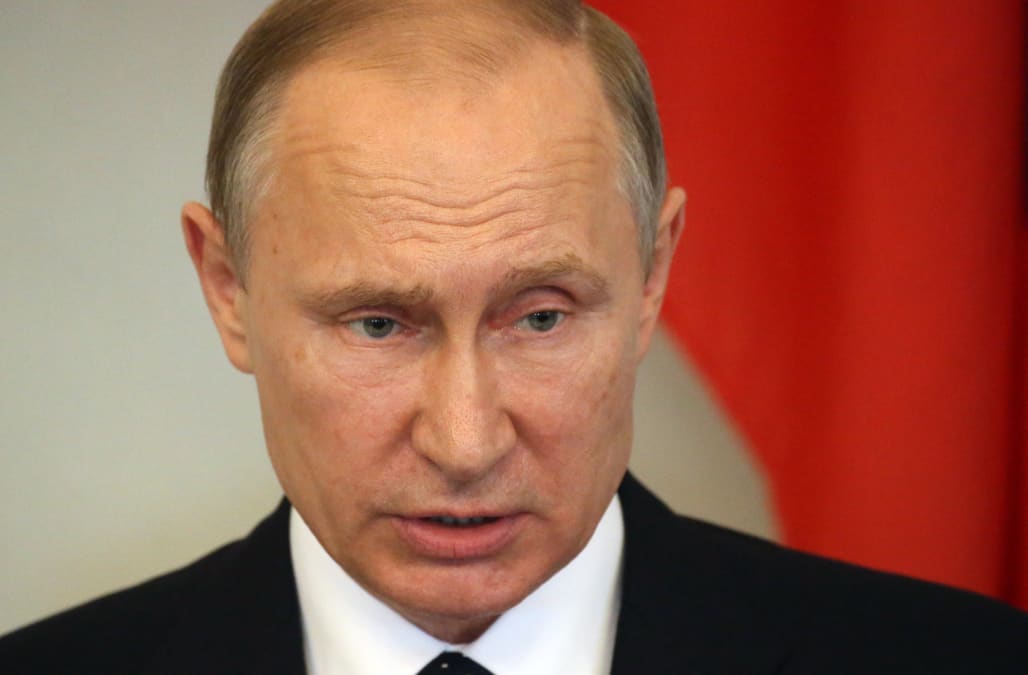 WASHINGTON/MOSCOW, July 28 (Reuters) - U.S. President Donald Trump will sign legislation that imposes sanctions on Russia, the White House said on Friday, after Moscow ordered the United States to cut hundreds of diplomatic staff and said it would seize two U.S. diplomatic properties in retaliation for the bill.

The U.S. Senate had voted almost unanimously on Thursday to slap new sanctions on Russia, forcing Trump to choose between a tough position on Moscow and effectively dashing his stated hopes for warmer ties with the country or to veto the bill amid investigations in possible collusion between his campaign and Russia.

By signing the bill into law, Trump can not ease the sanctions against Russia unless he seeks congressional approval.

Moscow's retaliation, announced by the Foreign Ministry on Friday, had echoes of the Cold War. If confirmed that Russia's move would affect hundreds of staff at the U.S. embassy, it would far outweigh the Obama administration's expulsion of 35 Russians in December.

The legislation was in part a response to conclusions by U.S. intelligence agencies that Russia meddled in the 2016 U.S. presidential election, and to further punish Russia for its annexation of Crimea in 2014.

Late on Friday, the White House issued a statement saying Trump would sign the bill after reviewing the final version. The statement made no reference to Russia's retaliatory measures.

Russia had been threatening retaliation for weeks. Its response suggests it has set aside initial hopes of better ties with Washington under Trump, something the U.S. leader, before he was elected, had said he wanted to achieve.

Relations were already languishing at a post-Cold War low because of the allegations that Russian cyber interference in the election was intended to boost Trump's chances, something Moscow flatly denies. Trump has denied any collusion between his campaign and Russian officials.

President Vladimir Putin had warned on Thursday that Russia would have to retaliate against what he called boorish U.S. behavior. Putin's spokesman, Dmitry Peskov, told reporters on Friday that the Senate vote was the last straw.

Russian foreign minister Sergei Lavrov told U.S. Secretary of State Rex Tillerson by telephone that Russia was ready to normalize relations with the United States and to cooperate on major global issues.

Lavrov and Tillerson "agreed to maintain contact on a range of bilateral issues," the Russian Foreign Ministry said.

The ministry said the United States had until Sept. 1 to reduce its diplomatic staff in Russia to 455 people, the number of Russian diplomats left in the United States after Washington expelled 35 Russians in December.

It was not immediately clear how many U.S. diplomats and other workers would be forced to leave either the country or their posts, but the Interfax news agency cited an informed source as saying "hundreds" of people would be affected.

A diplomatic source told Reuters that it would be for the United States to decide which posts to cut, whether occupied by U.S. or Russian nationals.

An official at the U.S. Embassy, who declined to be named because they were not allowed to speak to the media, said the Embassy employed around 1,100 diplomatic and support staff in Russia, including Russian and U.S. citizens.

Russian state television channel Rossiya 24 said over 700 staff would be affected but that was not confirmed by the foreign ministry or the U.S. embassy.

The Russian Foreign Ministry's statement said the passage of the bill confirmed "the extreme aggression of the United States in international affairs."

Most U.S. diplomatic staff, including around 300 U.S. citizens, work in the main embassy in Moscow, with others based in consulates in St Petersburg, Yekaterinburg and Vladivostok.

The Russian Foreign Ministry said it was also seizing a Moscow dacha compound used by U.S. diplomats for recreation, from Aug. 1, as well as a U.S. diplomatic warehouse in Moscow.

In December, the outgoing Obama administration seized two Russian diplomatic compounds - one in New York and another in Maryland - at the same time as it expelled Russian diplomats.

Trump and Putin met for the first time at a G20 summit in Germany this month in what both sides described as a productive encounter, but Russian officials have become increasingly convinced that Congress and Trump's political opponents will not allow him to mend ties, even if he wants to.

The European Union has also threatened to retaliate against new U.S. sanctions on Russia, saying they would harm the bloc's energy security by targeting projects including a planned new pipeline to bring Russian natural gas to northern Europe.

A European Commission spokesman in Brussels said the bloc would be following the sanctions process closely.