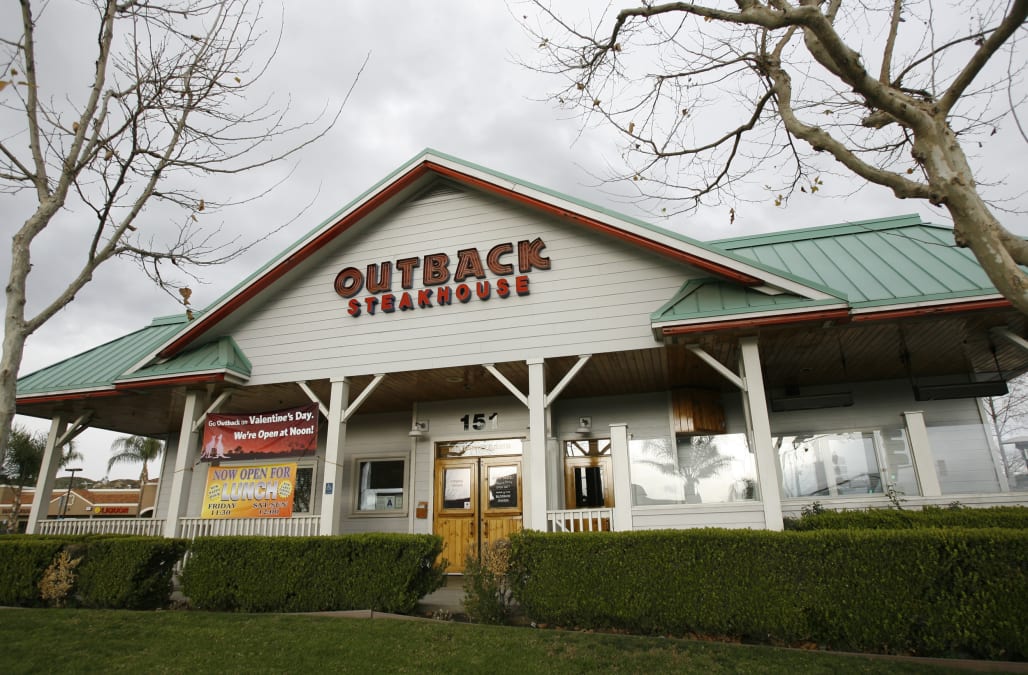 Twitter user @eatmyaesthetics rehashed truly bizarre findings concerning a bunch of Outback Steakhouse locations, which has placed the restaurant chain at the center of an internet conspiracy theory.

SEE ALSO: Sorry everyone, but that shocking Amelia Earhart photo has been debunked — twice

Eatmyaesthetics started by looking at a number of Outback locations in various cities. What would appear to some as a well-spaced series of locations, looked to our erstwhile Twitter user like a signal from a satanic cult to others.

Drawing lines between the locations revealed a pentagram, a symbol which has been used by many cultures in the past, including Wiccans and the Freemasons. While there are discrepancies on the true meaning of the symbol, many associate the five-pointed star with Satan, the Illuminati, evil, and witchcraft.

3 PHOTOS
Foods to never order at a restaurant, according to chefs
See Gallery

Foods to never order at a restaurant, according to chefs
Never order fish on a Monday.
Skip Kobe beef. The price and small portions outweigh its quality.
Chicken in restaurants is overpriced and poor quality. That being said, restaurants often give customers too much -- it's not healthy.
Up Next

And because the internet LOVES a good conspiracy theory, a bunch of people hopped into the thread to give some more examples, and add to the sarcastic hysteria.

The conspiracy got so much attention that the Outback twitter account took note, and responded to say the outline is simply a Bloomin' Onion, one of the restaurant's popular appetizers. (For those unaware, the Bloomin' Onion is a deep-fried onion, and it's simply incredible.)

Nah we're on to you devil restaurant

If the Bloomin' Onion is evil then we don't want to be nice. 😉

Before this turns into Pizzagate, we would like to remind our readers that this is very much a meme and nobody in their right mind actually believes Outback Steakhouse is the center of a cult conspiracy.

And to be fair, this is a somewhat old theory, going back years. It appears as if eatmyaesthetics just rehashed an old internet meme.

WATCH: This team is helping to save the rainforest with audio technology