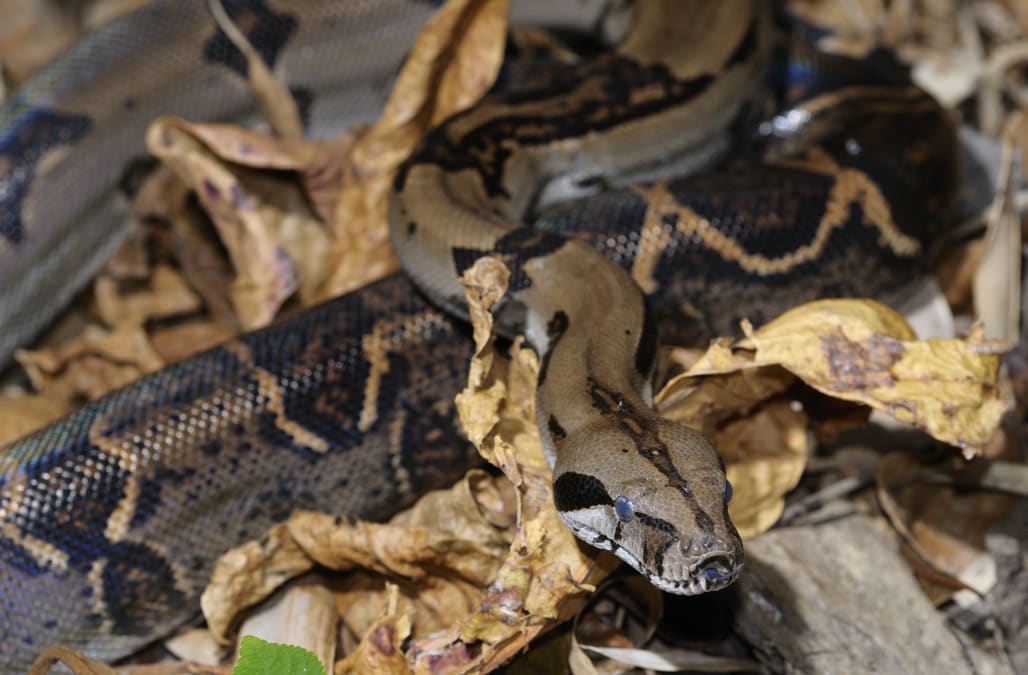 An Ohio woman has been hospitalized after a boa constrictor she rescued the day before wrapped around her body and latched onto her face, not letting go until emergency responders cut its head off.

The panicked 45-year-old woman called 911 for help, telling the dispatcher "I have a boa constrictor stuck to my, my face," she is heard saying in a recording of Thursday's call that was released by authorities.

It wasn't clear how the snake came to attack the woman, but she explained that she rescued two boa constrictors on Wednesday.

The other large serpent was in a cage in her Sheffield Lake home, she said.

10 PHOTOS
A look at different types of snakes
See Gallery

"I've never heard of this before," the dispatcher can be heard saying to emergency responders. "I don't even know what..."

The boa constrictor, which was about five and a half feet in length, wrapped itself around the woman's waist and neck and was biting her nose, she said.

"There's blood everywhere," the woman said in the call. "I'm on the ground. I'm just scared."

Read: Hear 911 Call After Alligator Attacks Swimmer: 'It Completely Bit Her Arm Off!'

When firefighters arrived, the woman was lying in her driveway with the snake wrapped around her, officials said.

Emergency responders were forced to cut off the snake's head with a pocket knife to get it to let go of the woman's face.

She was transported to a local hospital with non-life-threatening injuries.

The woman said she had 11 snakes in all. Aside from the two boa constrictors, they are all ball pythons. Neither species is poisonous.

Watch: Watch Rattlesnake Slither Onto Boat Causing Quite the Scare