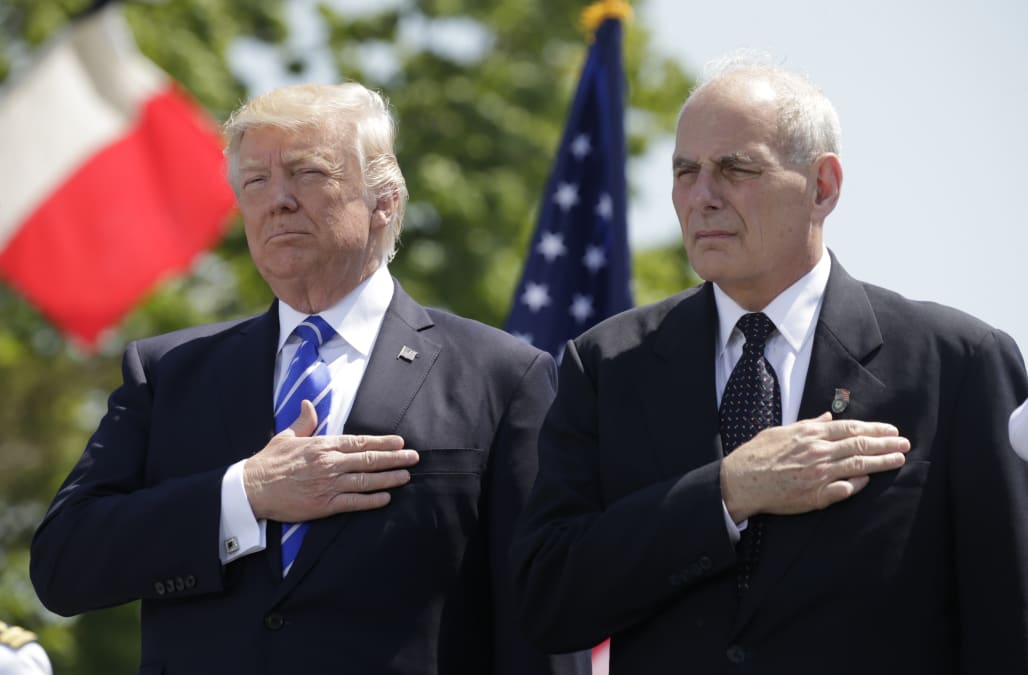 WASHINGTON, July 28 (Reuters) - President Donald Trump replaced his beleaguered White House chief of staff, Reince Priebus, after only six months on the job on Friday, installing retired General John Kelly in his place in a major shakeup of his top team.

Trump announced the move in a tweet a day after his new communications director, Anthony Scaramucci, accused Priebus of leaking information to reporters in a profanity-laced tirade.

Trump issued his decision just as he landed aboard Air Force One after a visit to Long Island. Priebus was on the plane with him and left with no comment.

Kelly has been secretary of the Department of Homeland Security.

"Reince is a good man," Trump told reporters after he got off Air Force One at Joint Base Andrews on the outskirts of Washington.

He said Kelly will do a "fantastic job." (Additional reporting by Ayesha Rascoe; Editing by Chris Reese and Lisa Shumaker)

More from AOL.com:
Trump now reportedly wants a 'general' to be his chief of staff
White House communications director: Trump is still not sure Russia interfered in the election
'Just look at his ratings!': Trump praises Spicer on his way out of the White House