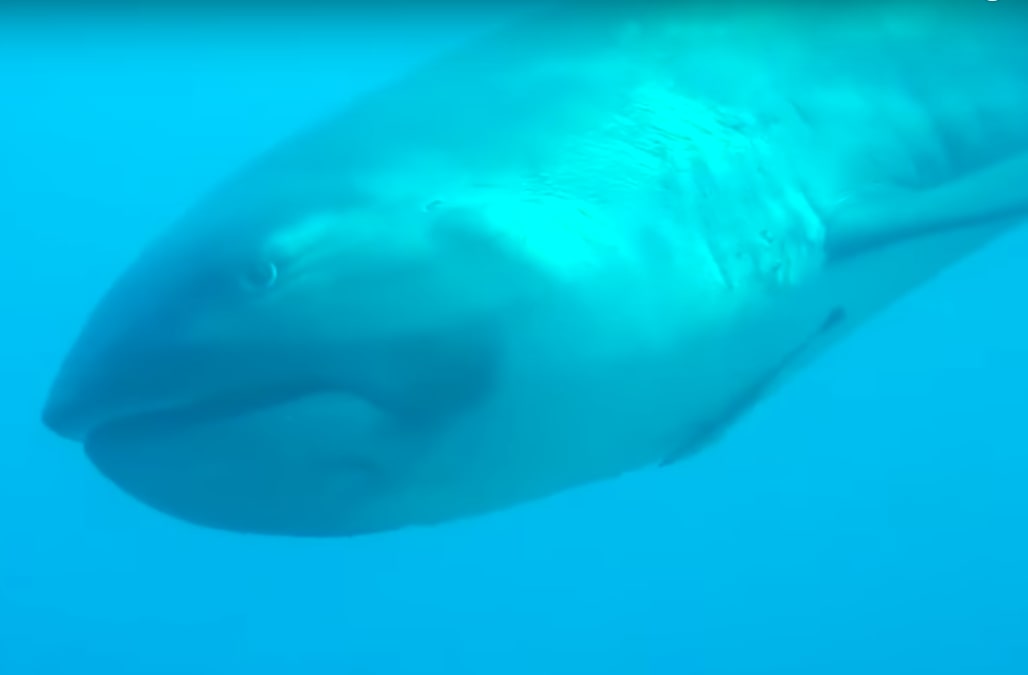 A tourist exploring a diving site off of Indonesia's Komodo Island caught a lucky break on July 25 when an extremely rare creature swam right by her.

Her diving partner, Heikki Innanen, alerted her to the enormous creature's presence and told her to get out her camera and start filming.

Luckily, Bielich managed to capture a short but spectacular video of the massive shark and its trademark massive mouth as it gently glided by her before disappearing back into the deep.

The megamouth shark, which was discovered in 1976, is described by National Geographic as one of the rarest sharks in the world.

According to the Florida Museum of Natural History, just over 60 megamouth sightings have been confirmed over the past 41 years.

Luckily for Bielich, the shark never presented any threat to her or her diving partner -- megamouths are filter feeding sharks, which means their diets mainly consists of plankton, jellyfish and shrimp.

More from AOL.com:
Whale spotted jumping out of the water like a hotshot dolphin
Snooty, world's oldest known manatee, dies in aquarium accident
Cecil the Lion’s son killed in Zimbabwe by trophy hunter