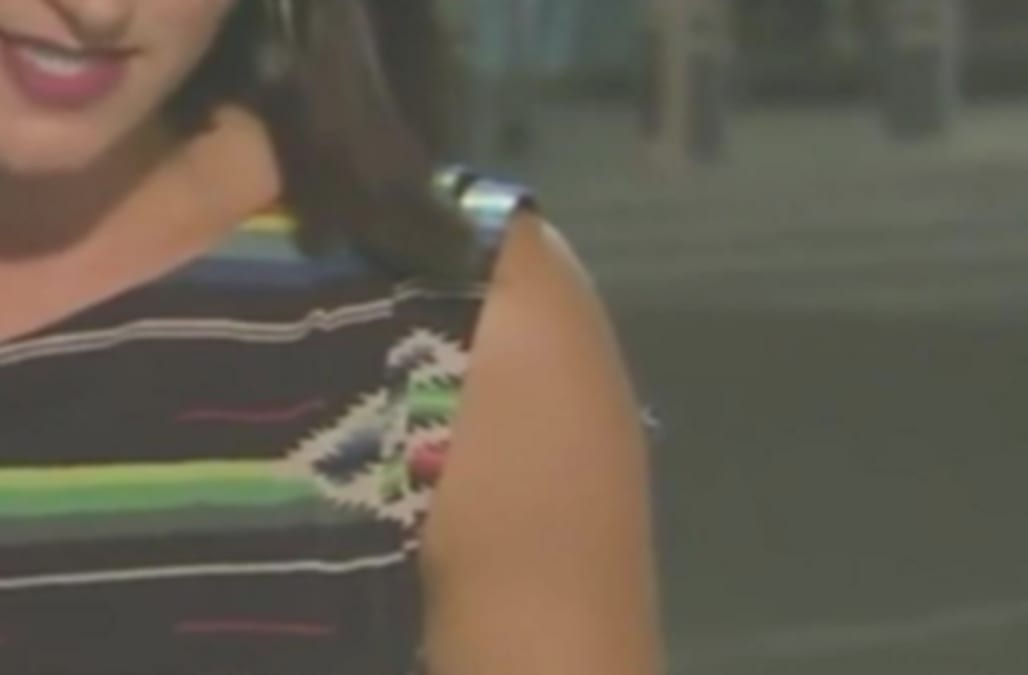 Though this skin-crawling sight might be hard to miss, don't let it fool you into believing that TV reporting is an easy job.

Dallas, Texas, news reporter Shannon Murray didn't even flinch when a creepy spider used her arm as a personal walkway on live TV.

Good Day Fox 4 posted the clip of Murray to Facebook on Wednesday. Murray was doing a report on protests at Dallas/Fort Worth International Airport when the whole thing went down.

After the report, someone on Facebook let Murray known that she had unknowingly survived the stuff of nightmares. This might be why they say "ignorance is bliss."

Thankfully, she kept calm on air and handled herself flawlessly, but the whole situation can be best summed up in Murray's tweet after everything happened.