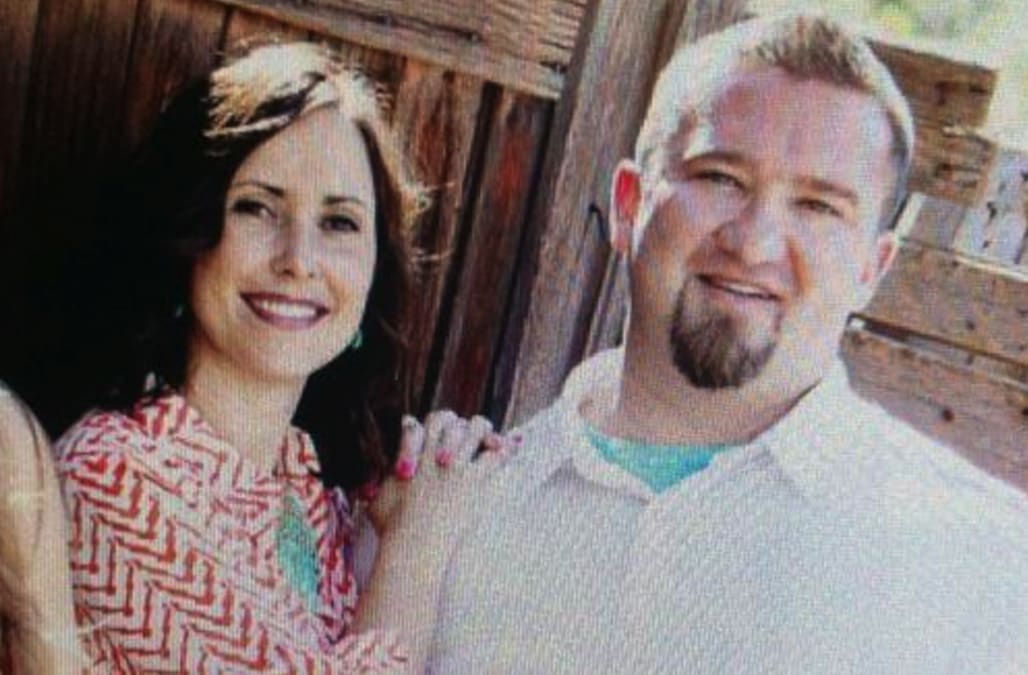 What was supposed to be a romantic wedding anniversary cruise to Alaska ended in a murder investigation.

Kristy Manzanares, 39, was killed in her cabin Tuesday night aboard The Emerald Princess in what the FBI described as a domestic dispute.

Her husband, Kenneth, is in custody after his wife was discovered to have "a severe head wound and blood was spread throughout the room" says an FBI criminal complaint.

Her husband allegedly told a witness, "She would not stop laughing at me. My life is over."

See photos of the couple:

Kenneth reportedly tried to jump overboard but was restrained by members of the ship's crew.

The Utah couple was celebrating 18 years of marriage and their three teenage daughters were with them on the vessel.

Passenger Chris Ceman recalled what he heard following the incident.

"One of the little girls from that room came running out calling for help that her parents had been in a fight. She sounded pretty desperate," he told reporters.

Family member Kasey Hunt, who lives in Utah, also spoke to Inside Edition.

"Emotionally, it is hard to comprehend having someone so sweet and so perfect taken in the prime of their life like that," he said.

The family of five boarded The Emerald Princess in Seattle on Sunday for a seven-day cruise. The ship, with 4,500 passengers and crew, headed up the magnificent Alaskan coastline for a once-in-a-lifetime voyage.

On the night of Manzanares' death, passengers were entertained by a murder mystery dinner.

At around 9:30, a terrible fight was heard in one of the state rooms on deck nine. Then came a disturbing announcement to the entire ship, urgently calling for a medical and security team.

Passenger Vic Simpson, who was aboard The Emerald Princess, recalled what revelers at the murder mystery experienced.

"Because they were doing a murder mystery theater about a death on a cruise ship most people thought it was just part of the dramatic effect of what they were doing," he told Inside Edition.

The ship was diverted to the city of Juneau and placed on lockdown. No one was permitted to leave the vessel for nine hours while the FBI investigated. Many were forbidden from even leaving their cabins.

In a statement to Inside Edition, Princess Cruises confirmed there was a domestic dispute onboard that resulted in the woman's death, adding that their security team is working with the FBI, the U.S. Coast Guard and local authorities.

Watch: Sheriff's Deputies Heroically Save Jet Skiers in the Path of Cruise Ship in the Nick of Time