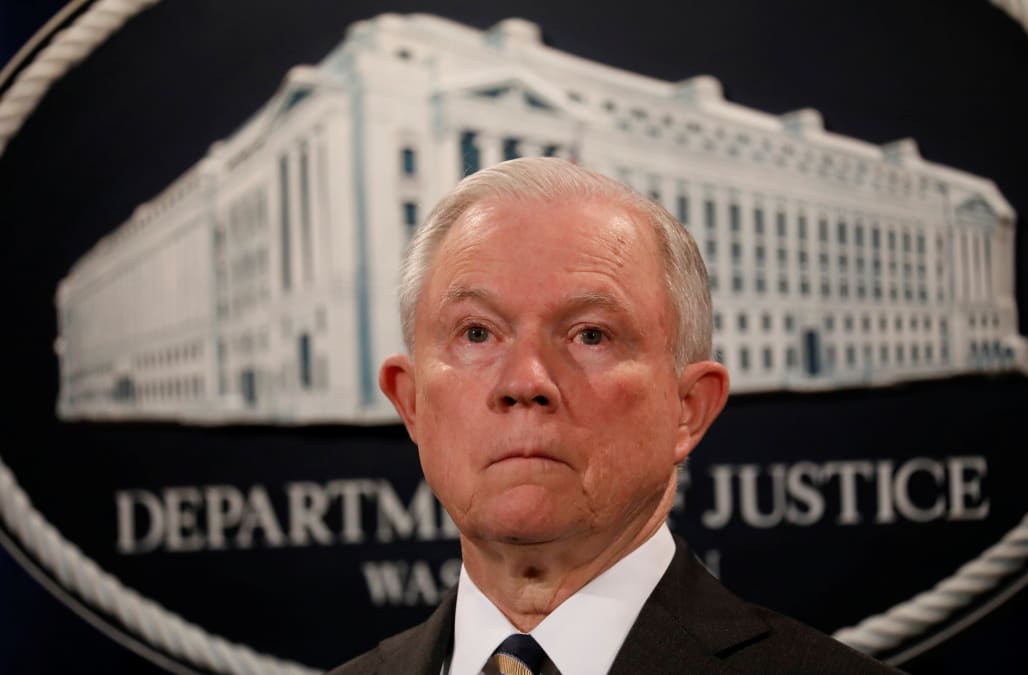 The Department of Justice has argued that a pivotal civil-rights law does not protect a worker's sexual orientation against discrimination, according to a new legal brief published on Wednesday.

Pitted against the Equal Employment Opportunity Commission (EEOC), a federal agency that oversees discrimination complaints in the workplace, the DOJ argued in its amicus brief that the U.S. Court of Appeals for the Second Circuit should reaffirm a previous ruling that the protection of "Title VII does not reach discrimination based on sexual orientation."

Title VII of the Civil Rights Act, a federal law that prohibits employers from discriminating against its employees on the basis of their race, color, religion, sex, and national origin, is considered to be one of the most significant equal opportunity laws enacted in the U.S.

The particular case involved Donald Zarda, a skydiving instructor who alleged in a 2010 lawsuit that his former employer, Altitude Express, had violated Title VII by firing him for being gay.

The Justice Department and EEOC were invited to argue their claims after the court agreed to listen to outside parties.

"Following one jump, a customer complained that Zarda had disclosed his homosexuality and other personal details during the jump," a legal brief from the EEOC read. "Zarda was fired soon thereafter."

The U.S. District Court for the Eastern District of New York first rejected Zarda's claim by ruling that Title VII does not offer protection on the basis of his sexual orientation.

Zarda died in a base-jumping accident in 2014.

"The sole question here is whether, as a matter of law, Title VII reaches sexual orientation discrimination," the Justice Department's brief said. "It does not, as has been settled for decades. Any efforts to amend Title VII's scope should be directed to Congress rather than the courts."

"Although the Equal Employment Opportunity Commission (EEOC) enforces Title VII against private employers ... the EEOC is not speaking for the United States and its position about the scope of Title VII is entitled to no deference beyond its power to persuade," the Justice Department's brief continued.

The new filing comes the same day President Donald Trump said "the United States Government will not accept or allow transgender individuals to serve in any capacity in the U.S. Military," sparking bipartisan backlash over the surprise announcement.

SEE ALSO: Trump may have announced the transgender military ban to save a bill funding the border wall

More from AOL.com:
Man sentenced for stabbing date 119 times after learning she’s trans
Transgender man says he was caught up in a 'witch hunt' while transitioning in military