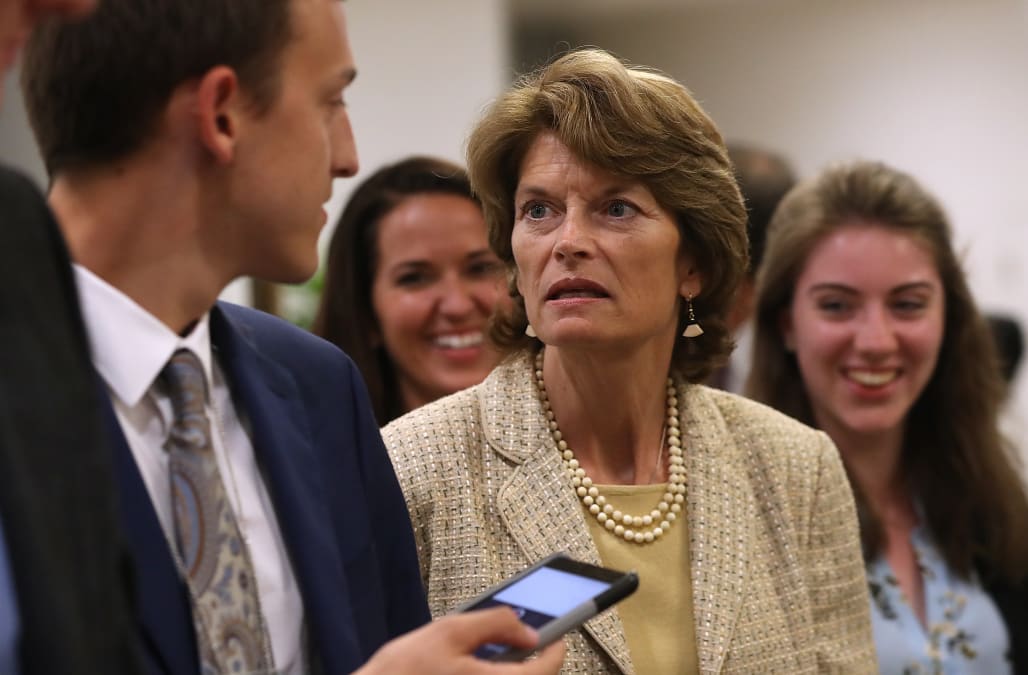 Alaska Senator Lisa Murkowski was one of the two Republicans to vote against Tuesday's GOP's effort to open debate on health care legislation, and it appears the Trump administration is interested in retaliating.

The Alaska Dispatch News reported on Wednesday that Interior Secretary Ryan Zinke called both of the Republican senators who represent Alaska in the U.S. Senate to let them know "the vote had put Alaska's future with the administration in jeopardy."

The calls were allegedly made not long after President Trump tweeted at one of the two -- Sen. Lisa Murkowski.

"Senator @lisamurkowski of the Great State of Alaska really let the Republicans, and our country, down yesterday. Too bad!" he wrote in that tweet.

See the other Republicans who voted "no":

Murkowski initially voted against moving forward with plans to repeal Obamacare on Tuesday, and then cast two subsequent votes against a repeal plan and a repeal and replace plan. Her fellow Republican senator from Alaska, Dan Sullivan, voted yes on all three.

While the Interior secretary is not typically seen as one of the most high-profile members a president's administration, for state's like Alaska that have vast amounts of land and natural resources, the department can have a lot of power of the state. According to the Alaska Dispatch News, the nomination of Alaskans to posts in the Interior Department, future drilling operations and other regulatory issues could be on the line.

Murkowski has yet to comment on the matter, but she had made it clear on Tuesday why she voted against the Republican health care measure.

"I voted 'no' today to give the Senate another chance to take this to the committee process. I still believe that's the best route, but we now have this debate on the open floor. We all recognize that we have much work to do to address the healthcare concerns of this country," she said in a statement.