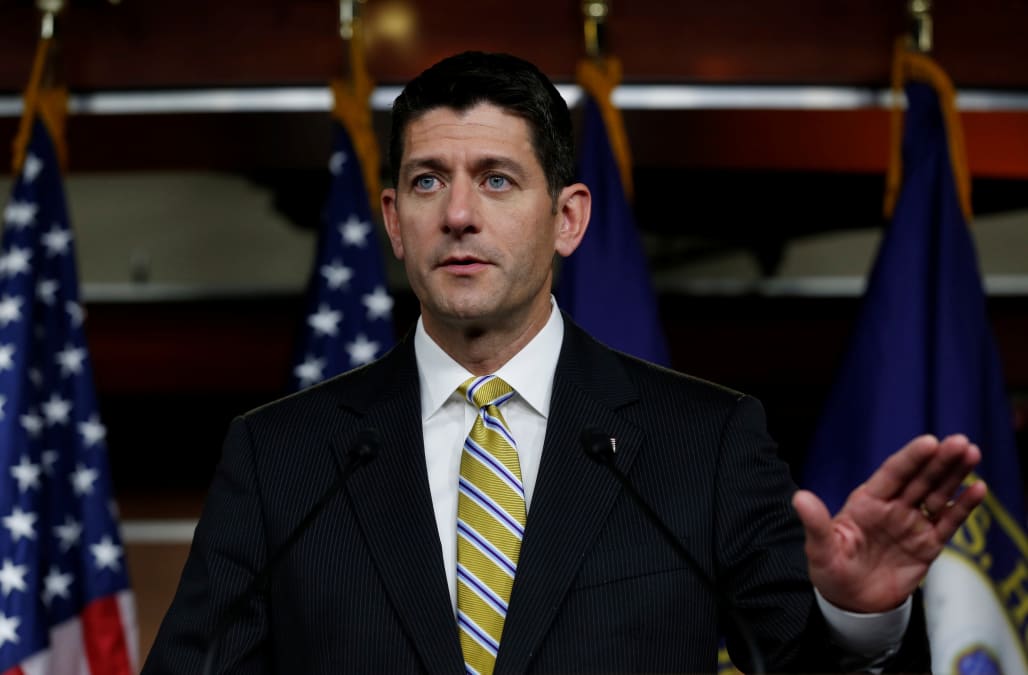 One of the most controversial parts of the Republican tax plan is dead.

In a statement put out Thursday by Republican leaders, including House Speaker Paul Ryan, and members of the Trump administration, Republicans said they have shelved the so-called border-adjustment tax, which would tax imports to the US from certain countries.

"While we have debated the pro-growth benefits of border adjustability, we appreciate that there are many unknowns associated with it and have decided to set his policy aside in order to advance tax reform," the statement said.

Best and worst states for retirement

You knew it had to be high on the list, didn't you? In terms of affordability, Florida topped the list while it placed fifth in terms of quality of life, overcoming its 20th-ranked healthcare rating.

Ranked second in healthcare while quality of life came in 8th place, Colorado is constrained by its 23rd-place ranking in affordability.

The home of Mount Rushmore is the second most affordable state and ranked sixth when it came to healthcare, but can't break the top half in quality of life (ranked 32nd).

Not typically thought of as a retirement destination, Iowa has decent rankings across the board (9th in healthcare, 11th in quality of life and 26th in affordability).​​​​​​​

Quality of life ranks well in Virginia (9th) while affordability and healthcare rankings are above average (18th and 21st respectively).

The next five desirable retirement states are, in order:

Dead last in quality of life and 45th in healthcare, Arkansas is pulled up by its 20th-place showing in affordability.​​​​​​​

The same principle applies to Mississippi, but even more so. The state is 49th in quality of life and last in healthcare, but it ranks 10th in affordability.

Healthcare is above average (22nd), but quality of life and affordability are poor at 46th and 48th place, respectively.

The least affordable state in the union also has below average rankings in quality of life (28th) and healthcare (33rd).​​​​​​​

Kentucky ranks 47th in both quality of life and healthcare and only 38th in affordability, earning the Bluegrass State WalletHub's least desirable retirement state ranking for 2018.​​​​​​​

The border tax emerged as one of the more controversial aspects of Trump's promised tax reform. Retailers and carmakers in particular would be hit hard by such a tax, especially those that import products from Mexico.

House Republicans had argued that the border tax would make up for revenues lost from other tax cuts.

"For the first time in many years, the American people have elected a President and Congress that are fully committed to ensuring that ordinary Americans keep more of their hard-earned money and that our tax policies encourage employers to invest, hire, and grow. And under the leadership of President Trump, the White House and Treasury have met with over 200 members of the House and Senate and hundreds of grassroots and business groups to talk and listen to ideas about tax reform.

"We are all united in the belief that the single most important action we can take to grow our economy and help the middle class get ahead is to fix our broken tax code for families, small business, and American job creators competing at home and around the globe. Our shared commitment to fixing America's broken tax code represents a once-in-a-generation opportunity, and so for three months we have been meeting regularly to develop a shared template for tax reform.

"Over many years, the members of the House Ways and Means Committee and the Senate Finance Committee have examined various options for tax reform. During our meetings, the Chairmen of those committees have brought to the table the views and priorities of their committee members. Building on this work, as well as on the efforts of the Administration and input from other stakeholders, we are confident that a shared vision for tax reform exists, and are prepared for the two committees to take the lead and begin producing legislation for the President to sign.

"Above all, the mission of the committees is to protect American jobs and make taxes simpler, fairer, and lower for hard-working American families. We have always been in agreement that tax relief for American families should be at the heart of our plan. We also believe there should be a lower tax rate for small businesses so they can compete with larger ones, and lower rates for all American businesses so they can compete with foreign ones. The goal is a plan that reduces tax rates as much as possible, allows unprecedented capital expensing, places a priority on permanence, and creates a system that encourages American companies to bring back jobs and profits trapped overseas. And we are now confident that, without transitioning to a new domestic consumption-based tax system, there is a viable approach for ensuring a level playing field between American and foreign companies and workers, while protecting American jobs and the U.S. tax base. While we have debated the pro-growth benefits of border adjustability, we appreciate that there are many unknowns associated with it and have decided to set this policy aside in order to advance tax reform.

"Given our shared sense of purpose, the time has arrived for the two tax-writing committees to develop and draft legislation that will result in the first comprehensive tax reform in a generation. It will be the responsibility of the members of those committees to produce legislation that achieves the goals shared broadly within Congress, the Administration, and by citizens who have been burdened for too long by an outdated tax system. Our expectation is for this legislation to move through the committees this fall, under regular order, followed by consideration on the House and Senate floors. As the committees work toward this end, our hope is that our friends on the other side of the aisle will participate in this effort. The President fully supports these principles and is committed to this approach. American families are counting on us to deliver historic tax reform. And we will."

SEE ALSO: The rise, fall, and comeback of the Chinese economy over the past 800 years