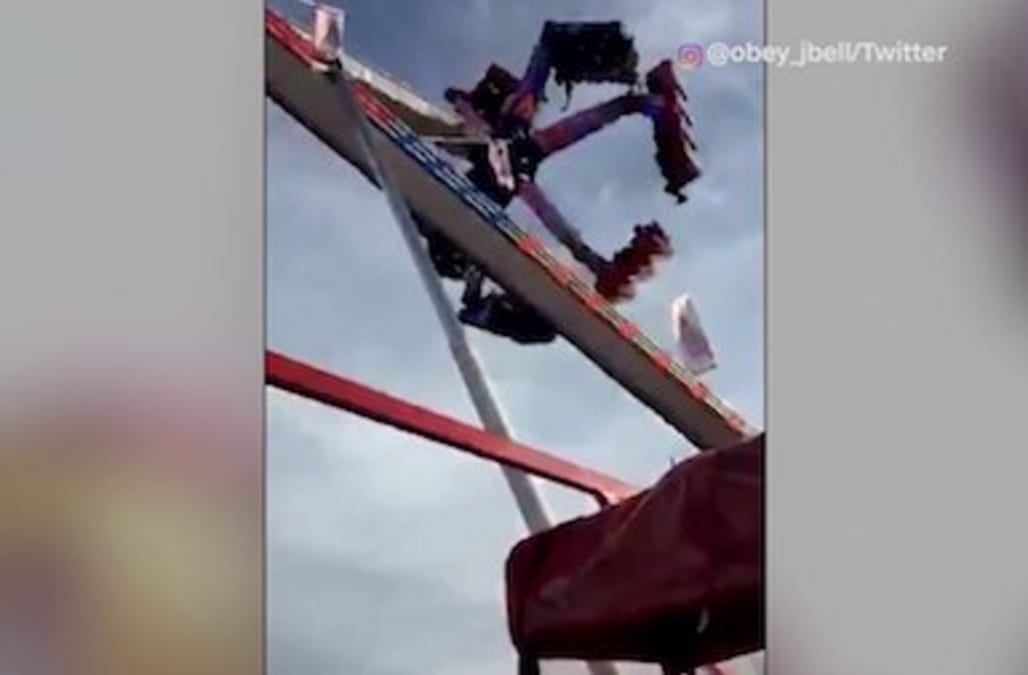 COLUMBUS, Ohio (WJW) -- The Department of Agriculture will begin taking Fire Ball, the ride that malfunctioned Wednesday, apart piece by piece to try and figure out what went wrong. They will be looking at structure operations, electrical components, hydraulics and going through everything in the manufacturers specifications.

The Department of Agriculture is responsible for the operation of all amusement park rides across the state of Ohio. Director David Daniels says ride inspections is one of the most important things they do.

"We do not rush inspections," Daniels said. "We will begin an investigation into this to determine what the failure was and how this accident occurred."

Inspections have been going on since Wednesday night. In all, 74 rides, including Midway and Kiddieland, are being examined.

Wednesday, the ride at the Ohio State Fair broke apart, killing one person and injuring seven others, even after passing all inspections. The Chief Inspector for Amusement Park Rides at the Department of Agriculture, Michael Vartorella, says he and a team of four inspectors came out every day during the last week to look through all of the rides.

Our hearts are heavy... pic.twitter.com/Lzc6fUz6WG

"Every day they are required to do preopening inspections," Vartorella said. "Our team looked at Fire Ball and a third party did as well, so it was inspected three or four times over the course of two days."

The Fire Ball is something the department calla a spectacular piece, which means it is in pieces put onto multiple trucks. When they get to the fair they are bolted together. Inspectors look at all the rides when they are on the truck, when they are being put up, and again when they are up and running. If it doesn't seem right, they won't be used.

"We started out today with 11 rides that did not open because we were not able to get the inspection work done on them," Daniels said. "Some of those were cleared during the day. We have four rides that will not be operating because they do not meet the mechanical test."

"My children and my grandchildren ride this equipment," he said. "Our guys do not rush through this, we take care of it and we pretend like it's our own."

Governor John Kasich says they will be transparent through this process and make inspection records public in hopes others around the country can learn from this. An amusement park in California has now shut down a ride similar to Fire Ball that is manufactured by the same company. There was no indication of a problem but fair officials say they want it re-inspected as a precaution.

The Cuyahoga County Fair opens on Monday, August 7. Fox 8 News has reached out to fair officials to see if they will put their rides under extra scrutiny.

**Continued coverage on this story, here**

More from AOL.com:
One killed, seven critically injured in ride accident at Ohio fair
Three-year-old twin boys drown in backyard pool on Long Island
Teens mock and film disabled man as he drowns in a pond