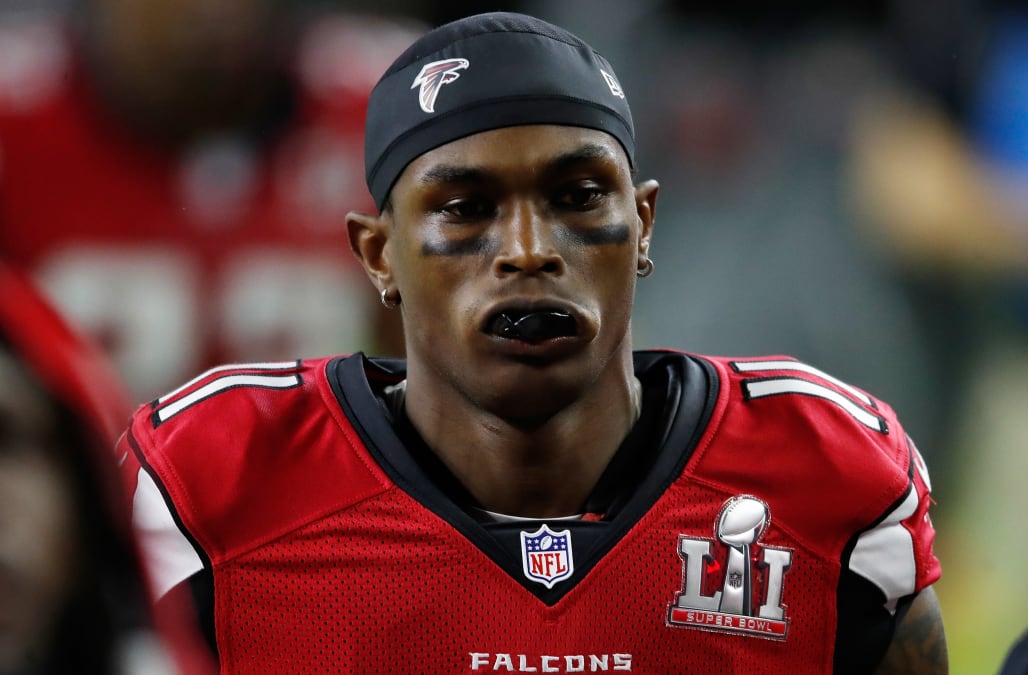 Jet skiing at the lake is all fun and games until it costs you $100,000. Just ask Atlanta Falcons wide receiver Julio Jones!

When Jones is off the field, his ears are almost always adorned with giant diamond studs and his day off at the lake was no exception.

However, he fell off of his jet ski and, when he came out of the water, one of his diamonds was gone.

A diver, Bobby Griffin, was hired for $500 dollars to swim down to the bottom of the lake and see if a flashlight would catch the glint of the diamond.

But Griffin came up empty handed, telling 11 Alive, "It's down in crevasses and nooks and crannies. It's impossible - absolutely impossible."

Jones wasn't too upset saying, "As long as I'm good, it's materialistic stuff. You can always get that kind of stuff back."

True enough, but maybe next time don't go to the lake with jewelry on.

More from AOL.com:
NFL Power Rankings: Where all 32 teams stand going into training camp
Former NFL coach under fire for his ranking of 10 best quarterbacks since 1978
The Dallas Cowboys cut a player over a crime he didn't commit