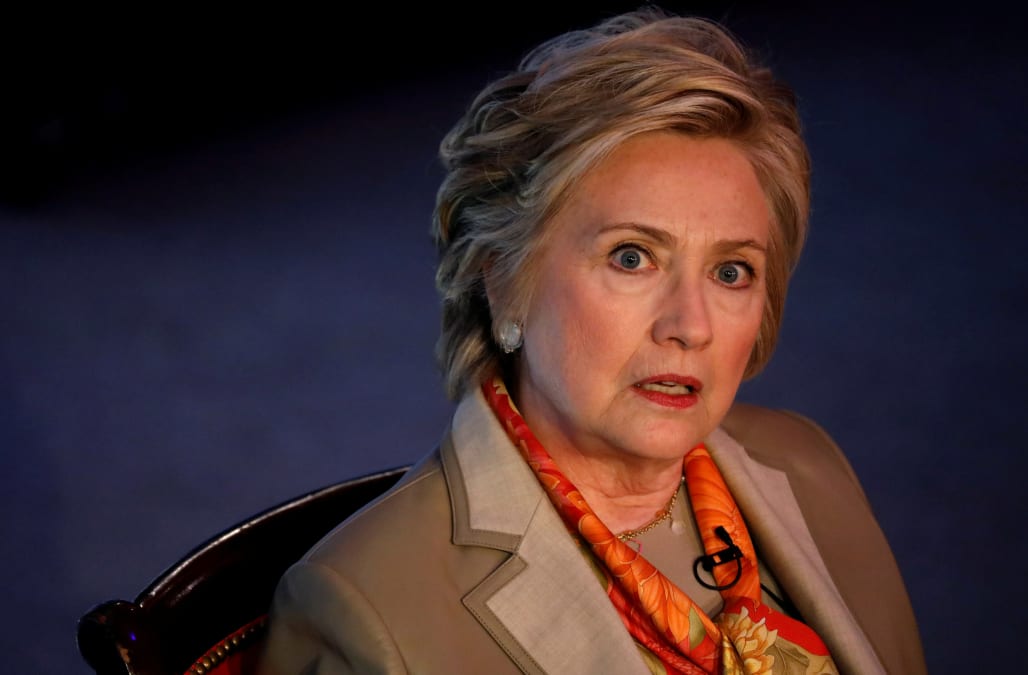 Hillary Clinton's new book will look to answer "What Happened" during her failed 2016 presidential run -- but users online seem to already have some ideas of their own.

The former Democratic presidential nominee revealed on Thursday that her upcoming tell-all book will be titled "What Happened," which will look to address how she came up short again in her fight for the White House.

But shortly after the new book title was announced, users took to Twitter, mocking the former secretary of state by offering up their own answers to what happened.

Click through some of the harshest tweets about Clinton new book:

Most of the posts simply contain the title "What Happened" along with images like Clinton seemingly needing assistance up stairs, multiple images of her coughing and even a photo of the former first lady holding up a t-shirt with the 2016 electoral map.

Some users took things to the net level, however, mocking Clinton's health scare during the 9/11 ceremony shortly before voters took to the polls in November of 2016.

One post contained an image of Anthony Weiner and Huma Abedin with the caption, "What Happened."

The upcoming book from Clinton is expected to contain an inside look at her failed campaign. "In the past, for reasons I try to explain, I've often felt I had to be careful in public, like I was up on a wire without a net," Clinton writes in the book, "Now I'm letting my guard down."

According to a press release Clinton "speaks about the challenges of being a strong woman in the public eye, the criticism over her voice, age, and appearance, and the double standard confronting women in politics."

More from AOL.com:
'What Happened': Hillary Clinton announces title for book recounting her loss to Trump
Is Bernie Sanders considering a 2020 run? 'Yes, is the answer'
Hackers plan to break into voting machines to test election meddling