Dutch manufacturer suspends ride that killed one at Ohio fair 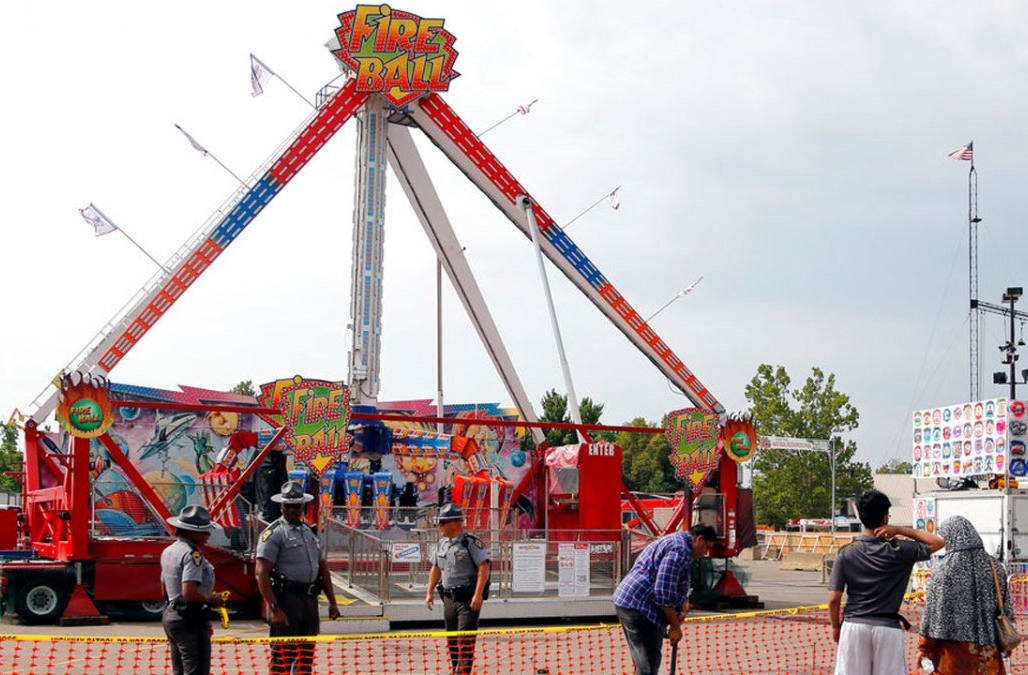 (Reuters) - The Dutch manufacturer of the ride that killed one man and injured seven other people at the Ohio State Fair on Thursday instructed operators to suspend use of similar rides.

The notice from KMG International BV came as several states said they had temporarily shut or were further inspecting rides similar to the "Fireball," which police in Columbus, Ohio, said flung the victims into the air on Wednesday after their seats snapped off.

"We are currently gathering information on the accident and investigating the cause and circumstances," KMG product manager Albert Kroon said in a statement.

Following the death of Tyler Jarrell, 18, in Ohio, at least five other states and a location in Canada said they were suspending or reinspecting similar rides.

A spokeswoman for the California State Fair said that operators there suspended use of the Fireball within 20 minutes of the Ohio accident and were reinspecting it.

"It's one of the more popular rides. My son was just on it yesterday," said spokeswoman Darla Givens.

North Carolina issued a moratorium on the ride's use until an investigation is completed.

Tyler Jarrell, 18-year-old killed on a ride at @OhioStateFair, enlisted in the Marines last week https://t.co/2W5Q1qWOLZpic.twitter.com/GAHwYraMLN

In addition, local media in Canada reported officials closed the Fireball ride at an annual fair in Edmonton, Alberta, until further notice.

Those taken to area hospitals after the Ohio accident ranged in age from 14 to 42, authorities said. A highway patrol spokesman said he did not have details on their conditions.

Jarrell had enlisted in the Marines Friday and had been due to begin basic training in South Carolina next June, said Captain Oliver David, a Marine spokesman.

Amusements of America, which provided rides to the Ohio State Fair, called the Fireball "an aggressive thrill ride" and said it was one of its most popular since it began using it in 2002.

The seats on the Fireball are in a circular configuration at the end of an arm that spins and swings riders in a pendulum motion. It can hoist riders up to 40 feet in the air and spins them at 13 revolutions per minute, according to Amusements of America.

(Reporting by Suzannah Gonzales and Chris Kenning in Chicago; Additional reporting by Julia Jacobs in Chicago and Ben Klayman in Detroit; Editing by Daniel Wallis and Lisa Shumaker)