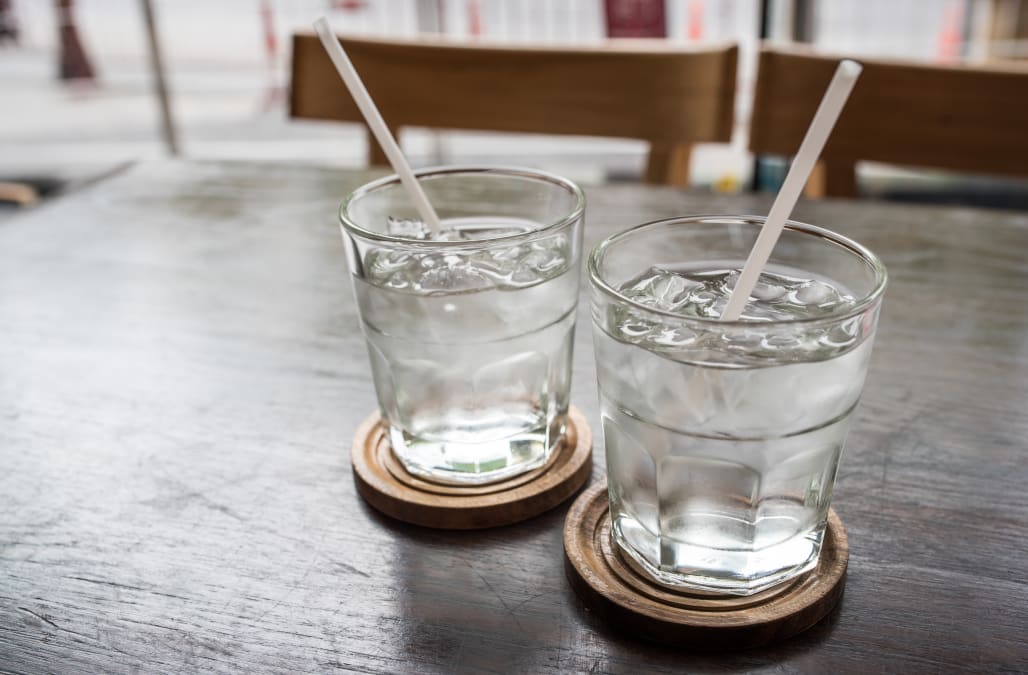 (WPIX) -- A searchable database released today by the Environmental Working Group, a non-profit research organization, shows that virtually every drinking water system is contaminated with chemicals.

In New York and New Jersey, public water systems are polluted with chemicals linked to cancer and child development problems, such as PFOA.

"It's known as perfluorooctanoic acid. It's found in a large number of systems in New Jersey and across the country," confirmed Dr. David Andrews, a senior scientist for EWG.

He stated that PFOA is currently not regulated on a federal level, which means public utilities do not need to notify consumers if it's found in their drinking water.

"It is really concerning for consumers," stated Dr. Andrews.

Arsenic, hexavalent chromium, radiation and chloroform are just a handful of the other contaminants found in local drinking water taps.

Public water utilities are required to file a document called consumer confidence reports, which details any contaminants found. But EWG's database, goes a step further by relying on what scientists say are safe levels of contaminants to be consumed in drinking water.

RELATED: A look at how people around the world get water

A look at how people around the world get water
A child drinks water from a cup in drought-hit Masvingo, Zimbabwe, June 1, 2016. Picture taken June 1, 2016. REUTERS/Philimon Bulawayo
A woman carries a jug with water after Hurricane Matthew in Les Anglais, Haiti, October 13, 2016. REUTERS/Andres Martinez Casares
A special forces member gives bottles of water to displaced children, who just fled their homes, at their base as Iraqi forces battle with Islamic State militants, in western Mosul, Iraq February 28, 2017. REUTERS/Zohra Bensemra
A girl carries a jerry can of water from a shallow well dug from the sand along the Shabelle River bed, which is dry due to drought in Somalia's Shabelle region, March 19, 2016. REUTERS/Feisal Omar
Juba, South Sudan - February 28th, 2012: Unidentified people prepare plastic containers to collect water in refugee camp, Juba, South Sudan, February 28, 2012.
AGARTALA, INDIA - MARCH 21: A workers fills plastic barrels with water to distribute them to the restaurants, on the eve of the World Water Day in Agartala, capital of Tripura state of India on March 21, 2017. World Water Day is marked on 22 March every year to raise awareness of the water crisis facing much of the world's population. The UN estimates that more than 663 million people do not have a safe water supply close to home. (Photo by Abhisek Saha/Anadolu Agency/Getty Images)
An elderly woman carries bottles of water she received from Iraqi security forces in Antesaar neighborhood of Mosul, Iraq, January 24, 2017. REUTERS/Alaa Al-Marjani
SATKHIRA, BANGLADESH - JANUARY 20: Local seen with bicycle on dried lake on January 20, 2016 in Satkhira, Bangladesh. PHOTOGRAPH BY Zakir Chowdhury / Barcroft Images London-T:+44 207 033 1031 E:hello@barcroftmedia.com - New York-T:+1 212 796 2458 E:hello@barcroftusa.com - New Delhi-T:+91 11 4053 2429 E:hello@barcroftindia.com www.barcroftimages.com (Photo credit should read Zakir Chowdhury/Barcroft Images / Barcroft Media via Getty Images)
Michigan National Guard Staff Sergeant William Phillips (R) assists a Flint resident with bottled water at a fire station in Flint, Michigan January 13, 2016. Michigan National Guard members were set to arrive in Flint as soon as Wednesday to join door-to-door efforts to distribute bottled water and other supplies to residents coping with the city's crisis over lead-contaminated drinking water. REUTERS/Rebecca Cook
Women stand next to rain water buckets during a water drought season in Chasquipampa, La Paz, Bolivia, November 28, 2016. REUTERS/David Mercado
People do laundry in the Palca river during a water drought season in Palca near La Paz, Bolivia, November 28, 2016. REUTERS/David Mercado
People fill drinking water into gallon jugs, in the rebel-held besieged area of Aleppo, Syria November 19, 2016. REUTERS/Abdalrhman Ismail
A supermarket employee moves water bottles while people flock to the supermarket to take care of last minute shopping as Hurricane Matthew approaches in Kingston, Jamaica October 1, 2016. REUTERS/Henry Romero
Villagers collect water from a dry river bed in drought hit Masvingo, Zimbabwe, June 2, 2016. REUTERS/Philimon Bulawayo
People queue to collect water from a tank as water to homes has been cut off due to the drought in KwaMsane, northeast of Durban, January 20, 2016. REUTERS/Rogan Ward
Up Next

What is legal is a different story, said Dr. Andrews.

"What is legal incorporates economic, political considerations. Lobbyists get involved. It's really a trade-off of balancing the potential health impacts with these other factors," he said, adding that the Environmental Protection Agency's safe drinking water regulations are currently decades behind what science has proven to be safe or unsafe chemicals to consume.

"What we've presented here is a clear display of the level of these contaminants, what the legal limit is and what a health guideline value is. What is the safe value when you're only looking at potential health impacts?"

EWG is also urging consumers to use a drinking water filter. They're also pressing the E.P.A. to update their rules on chemical contaminants found in drinking water.

It's been 20 years since the EPA last passed any new drinking water regulations.

The EPA is taking public comments before making a final decision.

More from AOL.com:
Power company warns why you should never, ever leave plastic water bottles in your car on a hot day
Discarded oyster shells can help us grow food, make cement, and fight climate change
Magnitude 6.7 quake off Turkish and Greek coasts kills two: USGS