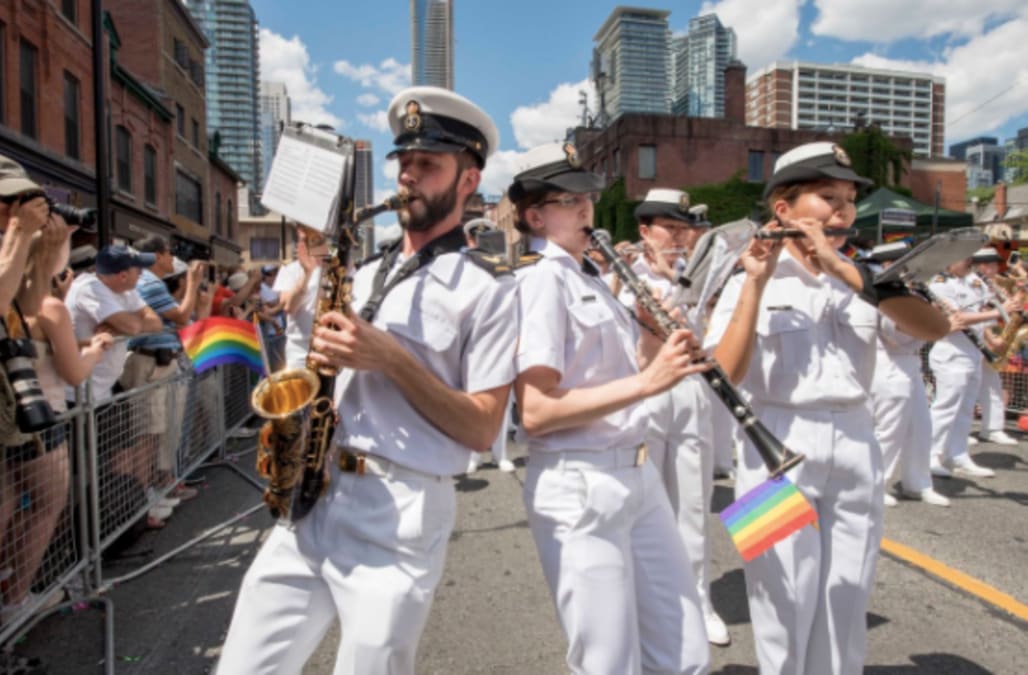 In a surprise announcement (even to some US defense officials) Wednesday morning, President Donald Trump tweeted that the military would no longer "allow or accept" transgender Americans, saying their service would cause "tremendous medical costs and disruption."

Sixteen countries, including the Czech Republic, Norway, and Israel, allow transgender service in the military. (Spain's and Thailand's forces also accept trans people, but only in administrative positions.)

The Canadian military took the opportunity to troll the US with a tweet of its own:

We welcome Cdns of all sexual orientations and gender identities. Join us! #DiversityIsOurStrength#ForcesJobshttps://t.co/572KahN2Zhpic.twitter.com/9In7HR4Utj

Other high-ranking foreign military officials have expressed their opposition to Trump's move, as well.

Alex Burton, commander of the UK's Maritime Forces, said on Wednesday he is "so glad we are not going this way."

In an interview with Israel Army Radio, the former commander of the the Israel Defense Forces Manpower Command, Elazar Stern, said that a ban on transgender soldiers would be a waste of time.

"It makes us strong that we don't waste time on questions like this," Stern, now a member of Israel's parliament, said. "It's something to be proud of."

It is not clear if Trump's plan to reinstate the ban on transgender military service will become actual policy. US Joint Chiefs of Staff Chair Joseph Dunford wrote in a letter that there will be no change in trans policy until the military receives official counsel from the president, according to Reuters. Sources close to US Secretary of Defense Jim Mattis said he was "appalled" by Trump's tweets, the New York Times reported.

Senior officials in each branch of the military had supported barring trans soldiers leading up to Trump's announcement, the Military Times reports.

However, a number of politicians and veterans have strongly voiced opposition to the ban. Rep. Dan Kildee, a vice chair of the LGBT Equality Caucus, called the move a "slap in the face to the thousands of transgender Americans already serving in the military." Retired US Navy SEAL Kristin Beck, who is transgender, opposedTrump's statement on the cost of transgender people in military, saying "the money is negligible ... You're talking about .000001% of the military budget."

In an interview with Business Insider, she also said: "Let's meet face to face, and you tell me I'm not worthy. Transgender doesn't matter. Do your service."