US Secretary of State Tillerson says he is 'not going anywhere' 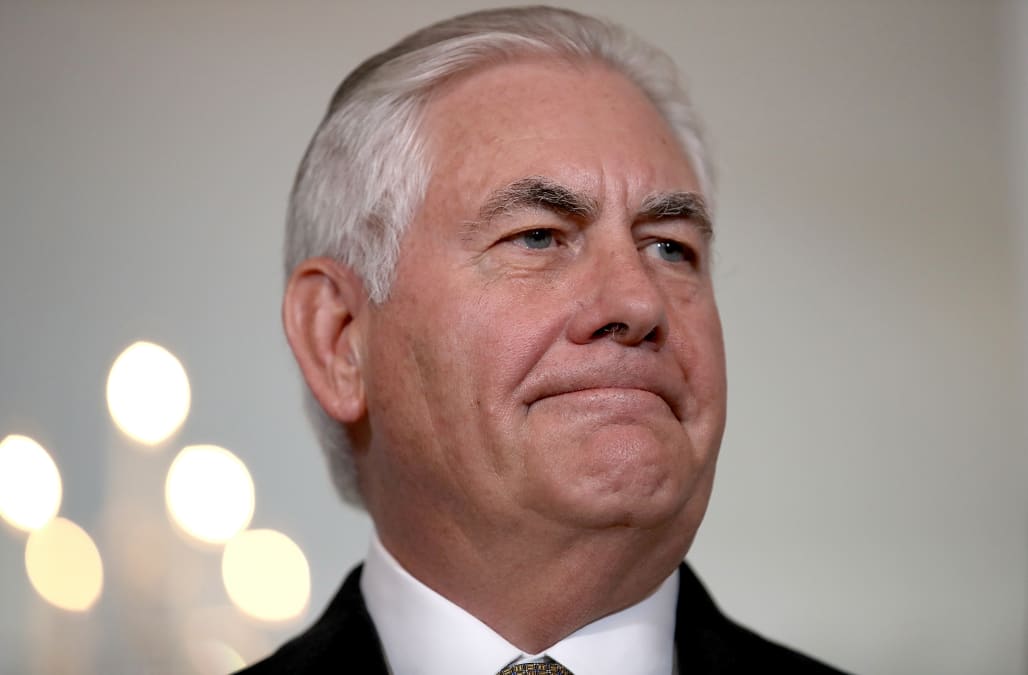 WASHINGTON, July 26 (Reuters) - U.S. Secretary of State Rex Tillerson said on Wednesday that he was "not going anywhere," denying news reports that he was considering leaving his post.

"I'm not going anywhere," Tillerson told reporters at the State Department. Asked how long he would stay on, Tillerson turned and smiled, saying, "As long as the president lets me."

Trump said Sessions had "taken a VERY weak position" on investigating his former opponent in the 2016 presidential election, Democratic nominee Hillary Clinton, over her use of a private email server.