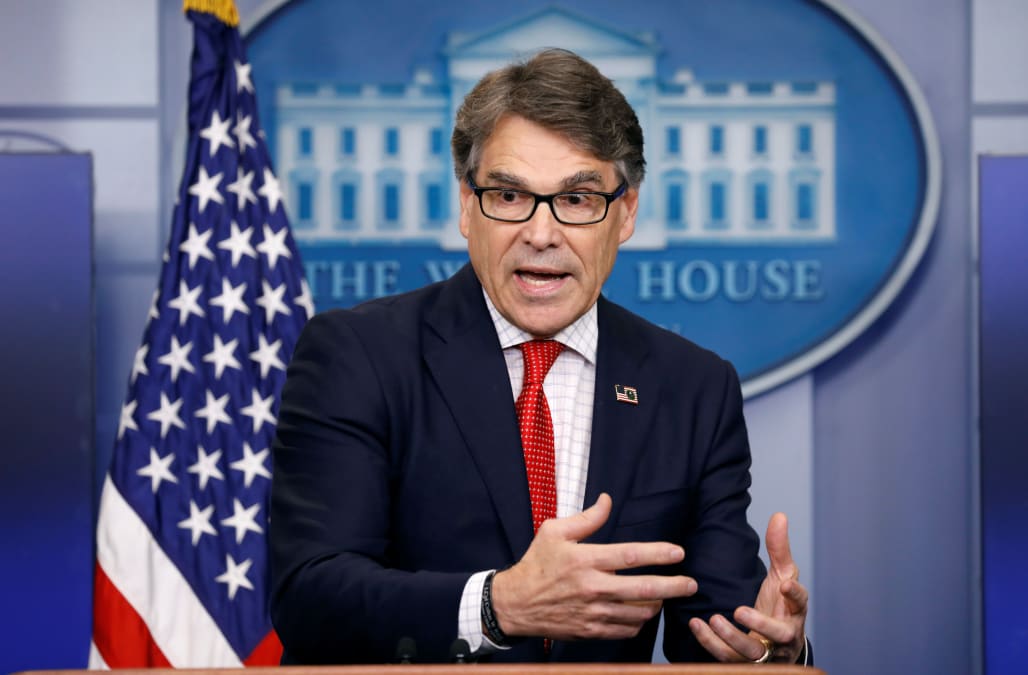 Pranksters Vladimir Krasnov and Alexei Stolyarov are sometimes called the "Jerky Boys of Russia," after an American duo who put out recordings of their prank phone calls in the 1990s. They have made faux calls to British singer Elton John, who thought he was speaking to Russian President Vladimir Putin, and others.

"These individuals are known for pranking high-level officials and celebrities, particularly those who are supportive of an agenda that is not in line with their governments. In this case, the energy security of Ukraine," Hynes said.

During the 22-minute call on July 19, Perry, whose department oversees the U.S. nuclear weapons program, discussed a range of topics in a business-like tone, including sanctions against Russia and helping Ukraine develop oil and gas.

Perry said the Trump administration opposes Nord Stream 2, a Russian project to bring natural gas to Europe across the Baltic and that U.S. technology could help Ukraine develop gas.

"Giving Ukraine more options with some of our technology is, I think, in everyone's best interest with the exception of the Russians, but that's OK," he said.

Perry also discussed the Paris climate accord and coal exports on the call.

The call, first reported by E&E news, was recorded and posted online. (http://bit.ly/2eMg35v)

It happened about a month after Perry met with Ukrainian President Petro Poroshenko and his delegation at the Energy Department.

It is unclear how the United States would bring more coal to Ukraine but Perry hinted on the call that the Commerce Department was working on it.

"The coal conversation at this particular point in time is with (Secretary of Commerce Wilbur Ross) and I full well suspect it will go forward," he said on the call.

News of the call came the same day the U.S. House of Representatives voted overwhelmingly to impose new sanctions on Russia. (Reporting by Timothy Gardner in Washington; Writing and additional reporting by Eric M. Johnson in Seattle; Editing by Bill Trott)