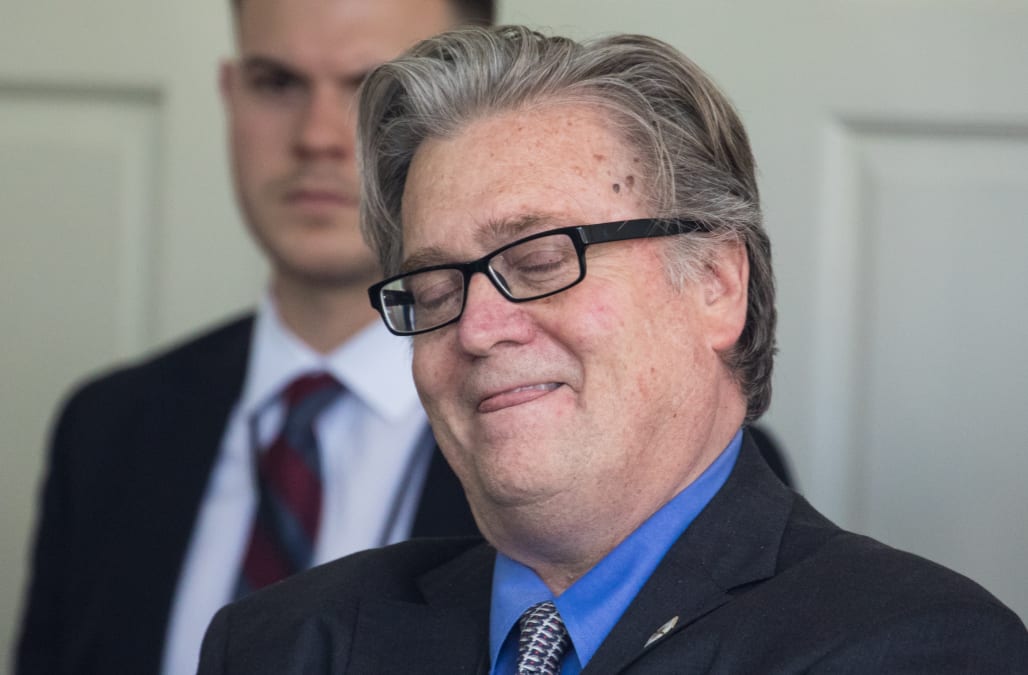 White House Senior Adviser Steve Bannon is taking a page out of the Democratic playbook by pushing to raise the marginal tax rate on the wealthiest Americans.

The Intercept reports that three people who've spoken to Bannon recently say he's calling for a 44 percent top marginal tax that would hit people who make more than $5 million a year.

The goal would be to get this provision in the President's tax reform plan he's supposed to introduce in the coming weeks.

The revenue from the new tax rate would then go to tax cuts for the rest.

Right now, the top tax rate sits at 39.6 percent, with most Republicans on Capitol Hill wanting to lower it. So, any move from Trump to increase it would see significant push back from fellow Republicans in Congress.

President Trump himself told the Wall Street Journal on Tuesday that if there is quote, "upward revision, it's going to be on high-income people."

According to the IRS, the new tax hike would bring in around $18 billion per year or $180 billion over 10 years.