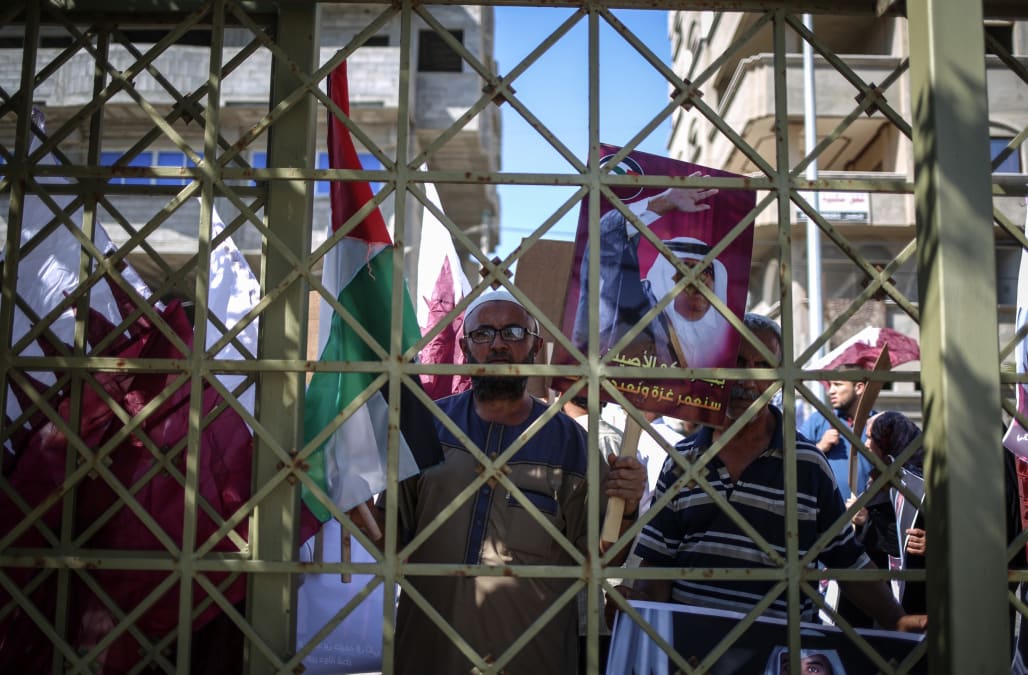 DOHA, July 26 (Reuters) - Qatar said on Wednesday a decision by four Arab states to add 18 groups and individuals allegedly linked to Doha to their "terrorist" lists was "a disappointing surprise" and that it was doing all it could to fight extremism.

Saudi Arabia, Egypt, the United Arab Emirates (UAE) and Bahrain put another nine groups based in Yemen and Libya and nine people from several Arab countries on the blacklist, saying all were associated with Qatar.


"(The new list) comes as a disappointing surprise that the blockading countries are still pursuing this story as part of their smear campaign against Qatar," Sheikh Saif Bin Ahmed al-Thani, director of the Gulf kingdom's Government Communications Office, said in a statement sent to Reuters.

"This latest list provides further evidence that the blockading countries are not committed to the fight against terrorism. As we have previously stated, all individuals with links to terrorism in Qatar have been prosecuted."

Sheik Saif said Qatar constantly reviews its anti-terror laws to "remain on the front foot in the fight against extremism and terror financing."

The four countries severed relations with Qatar on June 5, accusing the major gas-exporting Gulf state of financing terrorism, meddling in the affairs of Arab countries and cozying up to their arch-rival Iran.

Western-backed efforts by Kuwait to mediate in the dispute, the worst between the Gulf states in years, have so far yielded little progress. On Wednesday, remarks by a senior UAE official suggested no compromise would come any time soon.

It was important to look beyond "crisis" and to think of it as a "new set of relations in (the) Gulf replacing old ones," UAE Minister of State for Foreign Affairs Anwar Gargash wrote on Twitter, adding that the current state was set to continue.

"We have to go on without Qatar; a conservative Gulf monarchy, in (a) totally anachronistic place. Promoting policies and values it does not practice," he wrote.

The boycotting countries want Qatar to cut back ties with Iran, close down a Turkish military base in Qatar and shut the Al Jazeera TV channel, which they view as critical of their governments.

Qatar and Turkey have been important backers of the Muslim Brotherhood movement that has challenged entrenched Arab rulers. Qatar, however, said last month that charges of support for Islamist militancy "hold no foundation in fact."

Doha signed an agreement earlier this month with U.S. Secretary of State Rex Tillerson aimed at combating terrorist financing, part of a U.S. effort to end the worst rift between Western-allied Arab states for years.

More from AOL.com:
Here’s what would happen if North Korea exported nuclear weapons to the US’s enemies
Number of terrorist attacks globally dropped in 2016: US government
Rescued from Islamic State, Yazidi boy longs to rejoin mother in Canada