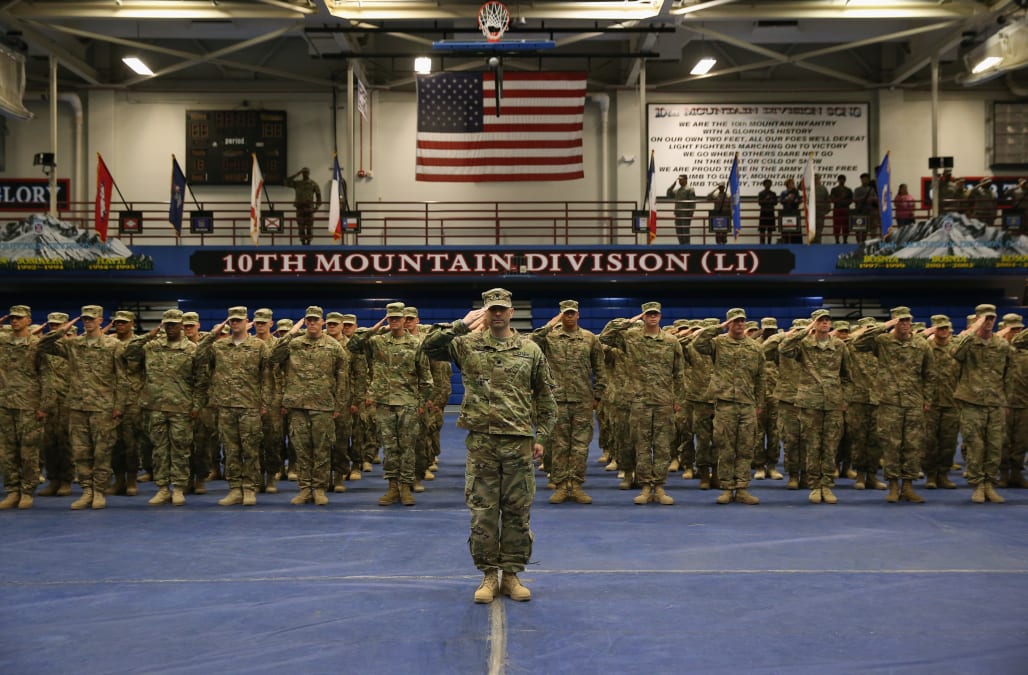 Although President Donald Trump cited high costs associated with transgender service members in his rationale for barring them for military service, the Pentagon spends nearly five times more on Viagra than it does on providing medical services for transgender troops.

A 2016 study by the Rand Corporation found the maximum annual medical costs for transgender services would be around $8.4 million. By comparison, the military spent $84 million on erectile dysfunction medications Viagra and Cialis in 2014, the Military Times reported.

SEE ALSO: President Trump: US to bar transgender persons from 'any capacity' of military service

"The money is negligible," Kristin Beck, a 20-year veteran of the Navy SEALs who is transgender, told Business Insider on Wednesday. "You're talking about .000001% of the military budget."

Here's a comparison of transgender services vs. other military programs: 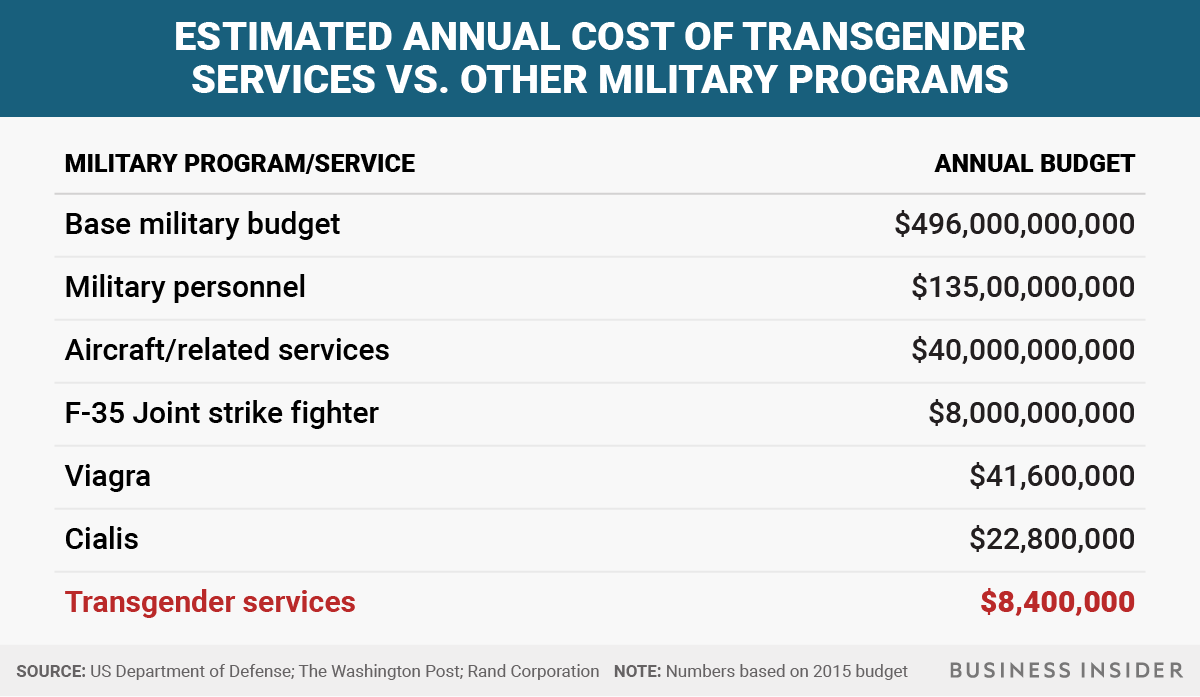