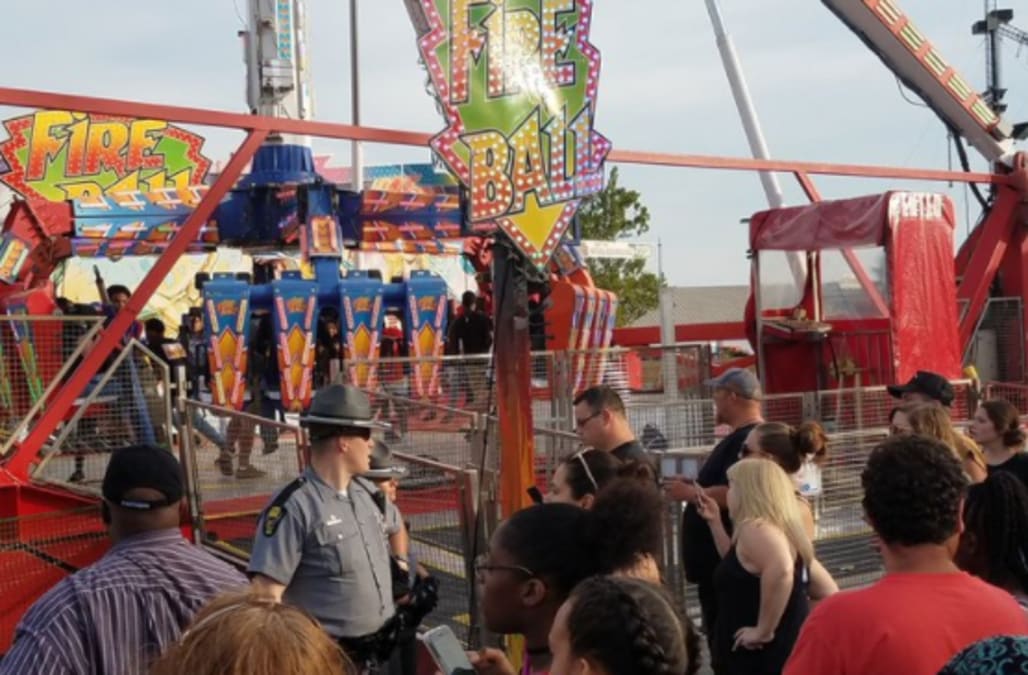 One person was killed and seven injured, three critically, at the Ohio State Fair on Wednesday when they were flung into the air after their seats snapped off a ride that hoists and spins people, police officials said.

The accident at the fair, which opened on Wednesday in Columbus, occurred when a section of open-air seating snapped off the "Fire Ball" ride, they said.

"It's a very tough day and a very tough night for the people of our state," Ohio Governor John Kasich told a news conference, describing the incident as a tragedy.

He said all fair rides had been shut for inspection.

None of the victims have been identified.

The seats on the Fire Ball are in a circular configuration at the end of an arm that swings riders in a pendulum motion as they are being spun.

It can hoist riders up to 40 feet (12 meters) in the air and spins them at 13 revolutions per minute, according to Amusements of America, an operator of amusement park rides.

The man who died was thrown into the air and landed about 50 feet (15 meters) from the ride, the Columbus Dispatch reported a fire official as saying.

All those injured were taken to area hospitals, officials said.