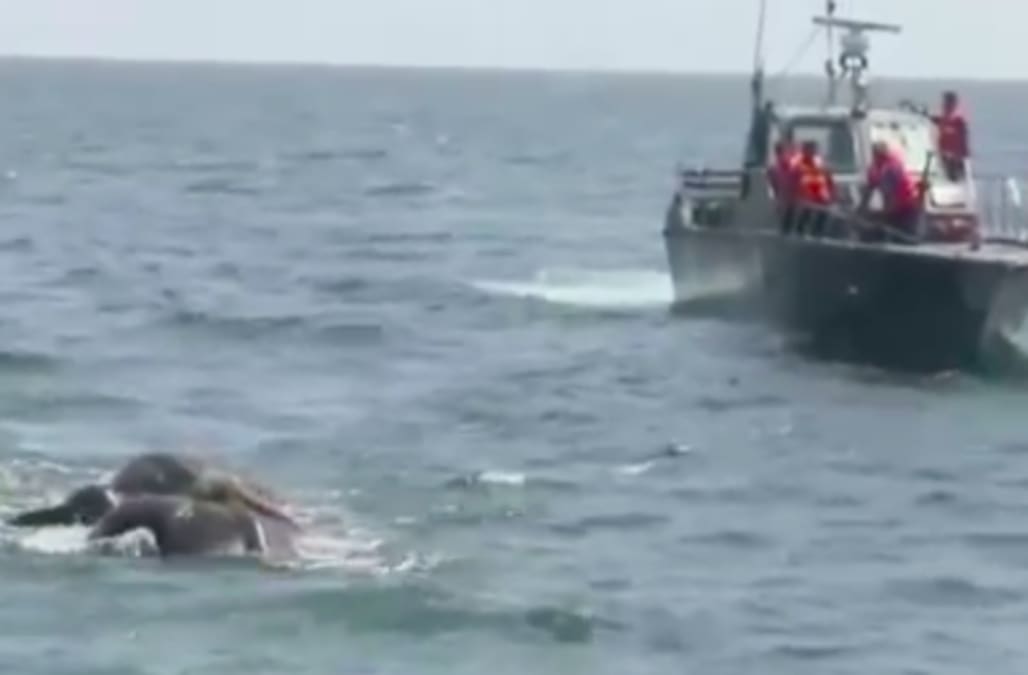 It took the combined efforts of three naval ships and several divers to rescue two elephants swept out to sea over the weekend.

The pair of wild elephants was spotted on the coast of tourist destination Trincomalee in Sri Lanka Sunday.

They were barely able to keep their trunks above water as they fought for their lives 10 miles from the shore.

Luckily, a patrol boat spotted them in the nick of time, and reported the incident to the Sri Lankan Navy and wildlife officials.

Divers were sent to lasso the elephants and pulled them to shore with the help of naval boats.

Once they were directed back to land, the elephants disappeared into the nearby Foul Point jungle, where officials believe they came from.

The situation followed another rescue led by Sri Lankan divers after an elephant was swept out to sea earlier this month.

More from Inside Edition:
See How Zoo Animals Are Beating The Heat This Summer
18-Year-Old Adopted After Spending More Than a Decade in Foster Care
Mother Gives Birth in Restaurant Bathroom, Grandma Helps Stash Baby in Trash: Cops