John Boehner: I used to 'sneak into’ the White House to see President Obama 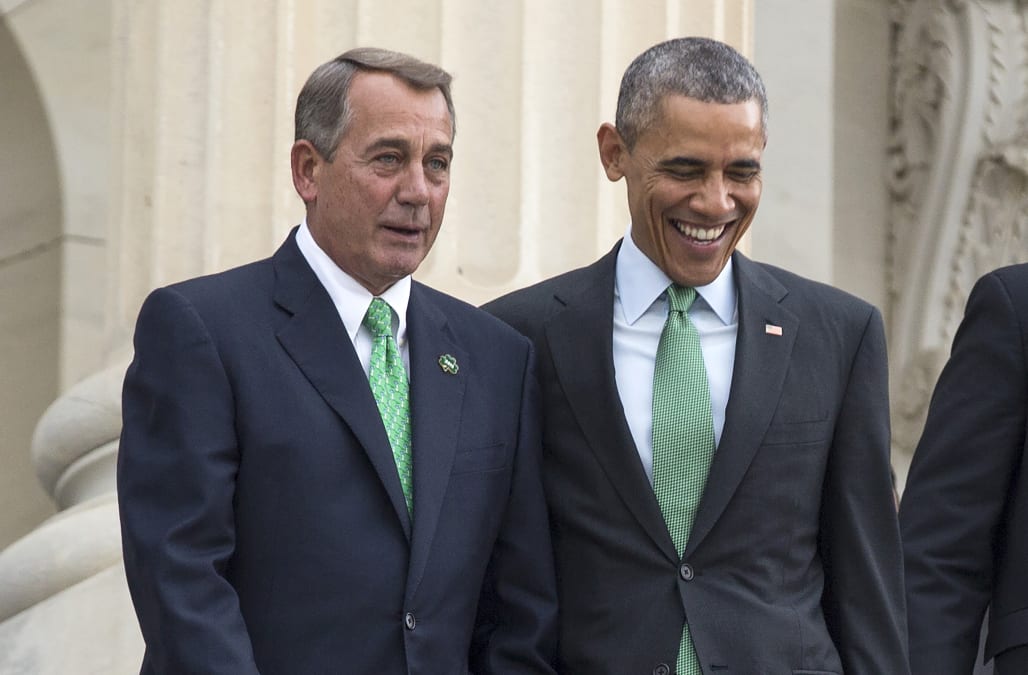 Former House Speaker John Boehner and President Obama reportedly "shared a tense relationship," but as time goes on it appears it may not have been as tumultuous as it seemed.

Boehner, when speaking at a private event in Las Vegas on Friday said he used to "sneak into" the White House to visit Obama, reports the Washington Post.

RELATED: John Boehner during his time as speaker

John Boehner during his time as speaker
WASHINGTON, DC - SEPTEMBER 24: Speaker of the House John Boehner (R-OH) (R) speaks with Pope Francis (L) in the U.S. Capitol building before the Pontiff speaks to a joint meeting of Congress September 24, 2015 in Washington, DC. Pope Francis will be the first Pope to ever address a joint meeting of Congress. The Pope is on a six-day trip to the U.S., with stops in Washington, New York City and Philadelphia. (Photo By Bill Clark-PoolGetty Images)
WASHINGTON, DC - MARCH 19: Speaker of the House John Boehner (R-OH) arrives for his weekly press conference at the U.S. Capitol on March 19, 2015 in Washington, DC. Boehner answered questions on the Republican budget, Hillary Clinton's emails, and other topics during the press conference. (Photo by Win McNamee/Getty Images)
Up Next

Obama had kind words about Boehner when the then-speaker announced he'd be leaving Congress.

In an October 2015 interview with CBS News' '60 Minutes,' he said, "John Boehner and I disagreed on just about everything, but the one thing I'll say about John Boehner is he did care about the institution. He recognized that nobody gets 100 percent in our democracy. I won't say that he and I were ideal partners, but he and I could talk, and we could get some things done."

In the segment, the two men sit side-by-side as they watch 'Toy Story.' Boehner even sheds a tear and admits, "that gets me every time."

When Obama turns to him for some words of wisdom about post-political life, Boehner quips, "So now you want my advice?"

More from AOL.com:
Senate Republicans complain of chaos in Obamacare overhaul effort
A pro-Putin California congressman has been accused of violating US sanctions on Russia
Senate healthcare holdout Susan Collins never got call from Trump