'Discrimination, plain and simple': Senators react to Trump ban on transgender people in the military 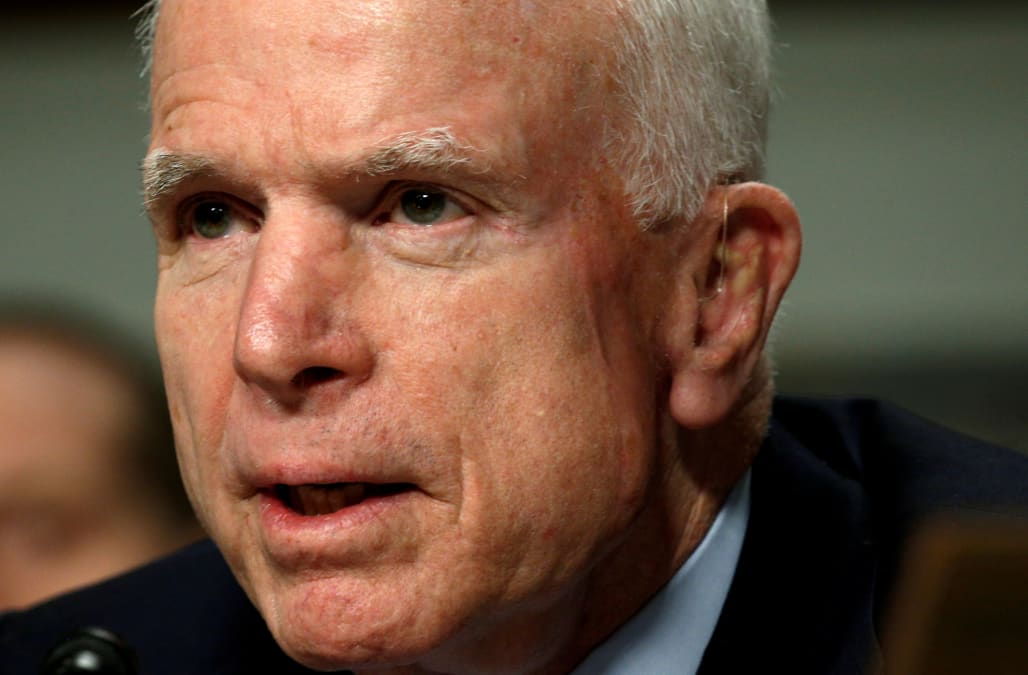 Democrats and several Republicans reacted with a mixture of dismay and outrage to President Donald Trump's announcement on Wednesday that transgender people will no longer be allowed to serve in the US military.

Sen. John McCain of Arizona criticized Trump for making the announcement via Twitter, where it immediately prompted confusion and backlash.

The Pentagon has already decided to allow active duty transgender individuals to continue serving, and is conducting a study on the medical obligations and impact allowing transgender people to serve will have, he said in a statement.

Senators' reactions to Trump's ban on transgender people in the military:

McCain said Trump's tweets were "unclear," and that he did not believe new policy decisions were "appropriate" until the study has been completed and reviewed by Defense Secretary James Mattis, military leadership, and Congress.

Any American who meets current medical & readiness standards should be allowed to continue serving - my full stmt: https://t.co/6rHm5OWQzc

More from Business Insider:
Kristin Beck, transgender Navy SEAL hero: 'Let's meet face to face and you tell me I'm not worthy'
There are already thousands of transgender people serving in the military — and what happens to them now isn't exactly clear
Trump says Apple promised to build 'three big plants' in the United States