Cops stop suspect by chucking plastic traffic barrier at him 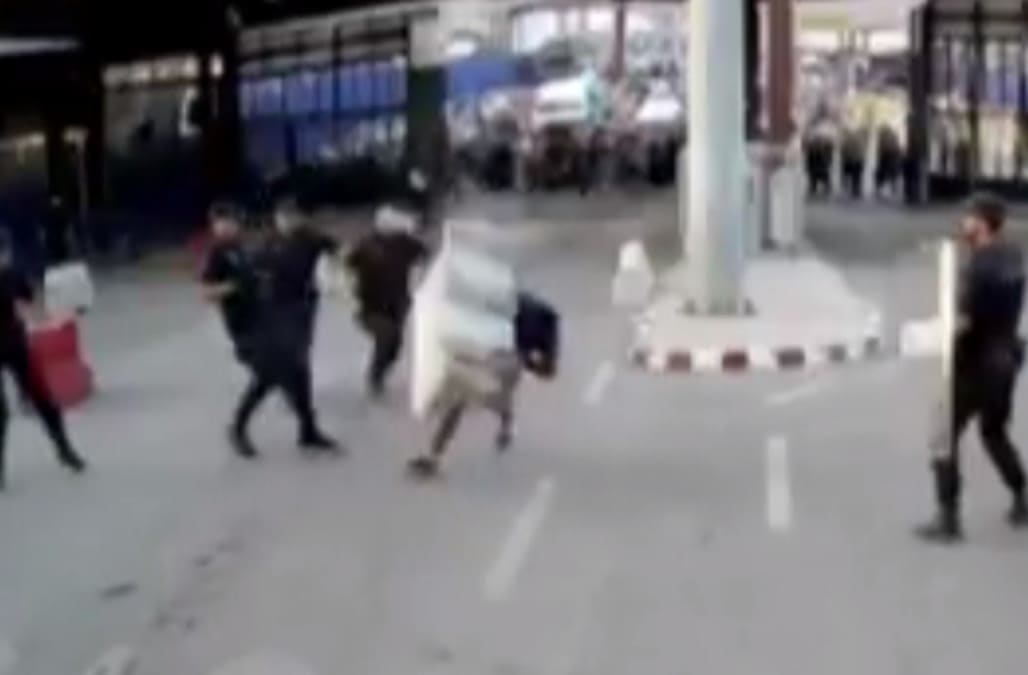 Video taken at Spain's border with Morocco shows what authorities have described as an extremely unusual takedown of a suspect.

In closed circuit footage provided to the media, a Spanish police can be seen chucking a plastic traffic barrier at a man they say was threatening them with a knife.

Read: WWII Airman Returned to Family 70 Years After His Death as Remains Are Found Embedded in Tree

Police are able to keep their distance from the man, before an officer runs up behind him and bashes him on the head with the white barrier, knocking him to the ground.

Cops then tackle the Moroccan suspect, who allegedly shouted "Allahu Akbar" during the encounter Tuesday.

According to Reuters, the incident occurred as the man attempted to cross the border into the enclave of Melilla, a tiny sliver of Spanish land on Morocco's Alboran Sea coast.

One of the officers at the scene suffered a minor injury to his finger during the incident.

"The rapid, coordinated and professional conduct of the police has avoided a serious incident in Beni Enzar. All my support to the hurt officer," Zoido wrote.

Watch: Mom Whose Son Was Gifted With New Bike From Cops: 'It Was Pretty Cool of Them'