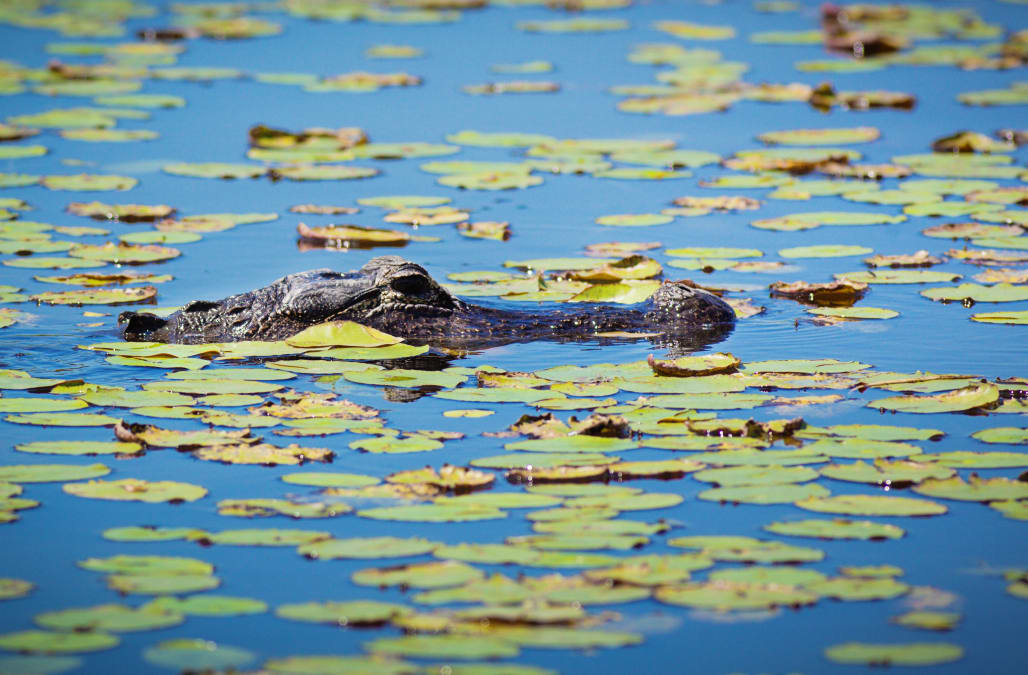 A homeless man was bathing in a Florida retention pond on Monday when a nine-foot long alligator attacked him.

The man, later identified as 68-year-old Fredric Iman, sustained injuries to his left foot, left leg, left hand and groin. Following the attack, he went to a nearby surgery center where an employee notified police.

"It looks like his, his pants are torn," the employee said during the 911 call. "It ate his toes off."

Iman was then airlifted to Lee Memorial Hospital in Fort Myers, and his condition has improved from serious to stable since then. Many who live near the pond were shocked to hear what had happened to him, with one woman even saying she had always looked forward to seeing the alligator, which she had named Charlie.

"I'm a little upset because the gator is probably going to be euthanized," Lisa Posten said. "People that live in Florida, they know not to go in these waters, this is where these gators live."

The alligator was removed from the scene and will indeed be euthanized.