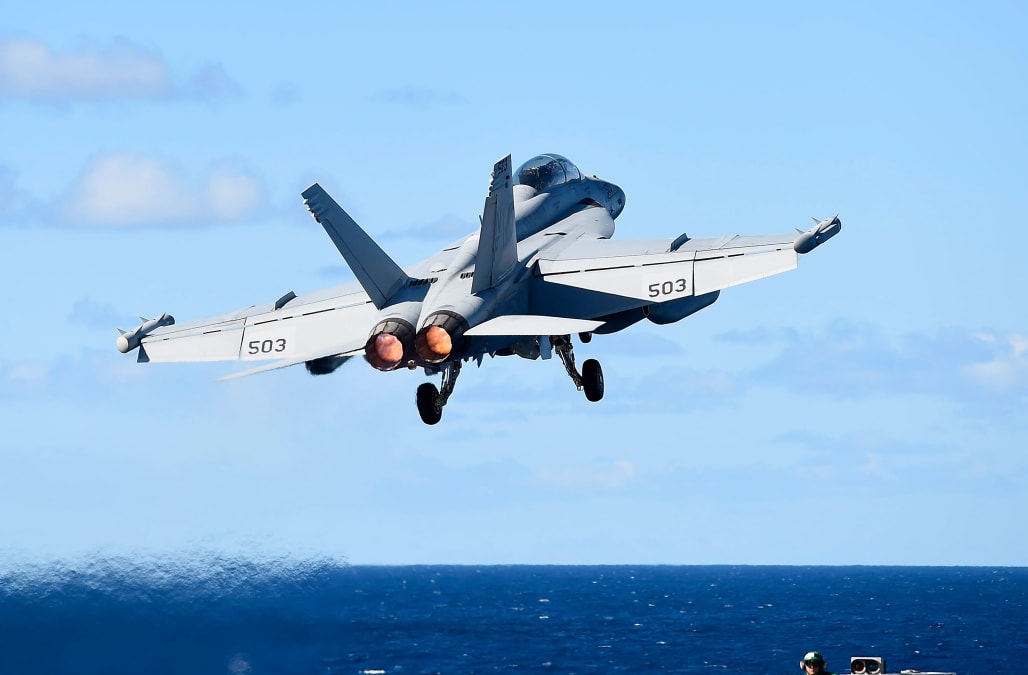 WASHINGTON, July 24 (Reuters) - Two Chinese fighter jets intercepted a U.S. Navy surveillance plane over the East China Sea at the weekend, with one jet coming within about 300 feet (91 meters) of the American aircraft, U.S. officials said on Monday.

The officials, speaking on condition of anonymity, said initial reports showed one of the Chinese J-10 aircraft came close enough to the U.S. EP-3 plane on Sunday to cause the American aircraft to change direction.

One of the officials said the Chinese jet was armed and the interception happened 80 nautical miles (148 km) from the Chinese city of Qingdao.

The Pentagon said the encounter between the aircraft was unsafe, but added that the vast majority of interactions were safe.

China's Defence Ministry said the actions of its pilots were "legal, necessary and professional" and performed "in accordance with the law and the rules."

"Close-in reconnaissance by U.S. aircraft threatens China's national security, harms Sino-U.S. maritime and air military safety, endangers the personal safety of both sides' pilots and is the root cause of unexpected incidents," it said.

The United States should immediately stop these military activities, which are unsafe, unprofessional and unfriendly, it added.

Incidents such as Sunday's intercept are relatively common.

In May, two Chinese SU-30 aircraft intercepted a U.S. aircraft designed to detect radiation while it was flying in international air space over the East China Sea.

China closely monitors any U.S. military activity around its coastline.

In 2001, an intercept of a U.S. spy plane by a Chinese fighter jet resulted in a collision that killed the Chinese pilot and forced the American plane to make an emergency landing at a base on Hainan.

The 24 U.S. air crew members were held for 11 days until Washington apologized for the incident. That encounter soured U.S.-Chinese relations in the early days of President George W. Bush's first term in office.

Separately, the Pentagon said the U.S. military would soon carry out another test of it's Terminal High Altitude Area Defense (THAAD) system.

"These tests are done as a routine measure to ensure that the system is ready and... they are scheduled well in advance of any other real world geopolitical events going on," Pentagon spokesman Captain Jeff Davis told reporters.

The director of the Missile Defense Agency, Lieutenant General Sam Greaves, said in a statement that a test would be carried out at the Pacific Spaceport Complex in Alaska.

Last month the United States shot down a simulated, incoming intermediate-range ballistic missile similar to the ones being developed by countries like North Korea, in a test of the nation's THAAD missile defenses.

The United States deployed THAAD to South Korea this year to guard against North Korea's shorter-range missiles. That has drawn fierce criticism from China, which says the system's powerful radar can penetrate deep into its territory. (Reporting by Idrees Ali; Additional reporting by Michael Martina in BEIJING; Editing by Grant McCool and Clarence Fernandez)