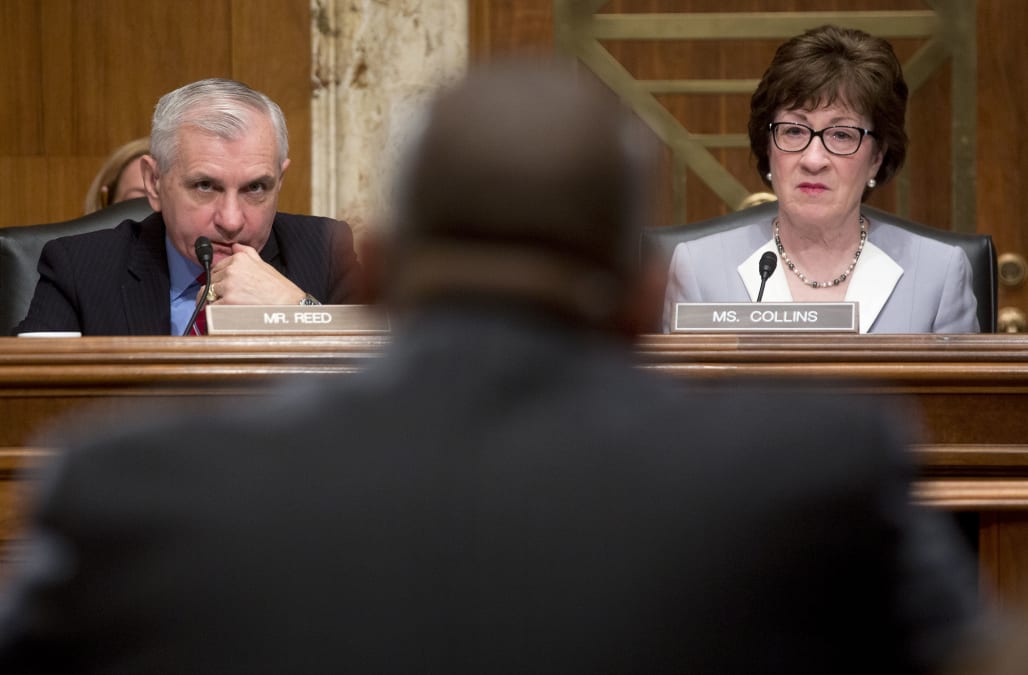 This time, Republican Susan Collins and Democrat Jack Reed were talking specifically about President Trump and his budget.

They both called the White House's handling of spending irresponsible, saying, "I think -- I think he's crazy. I mean, I don't say that lightly and as a kind of a goofy guy."

Later in the tape, you can hear Collins making fun of a Republican Congressman's looks, calling Representative Blake Farenthold so unattractive it's unbelievable.

She was responding to Farenthold's comment that if Collins were a man, he would challenge her to a duel for going against the Senate's Obamacare repeal bill.

Since the tape has been released, both Farenthold and Collins have apologized to each other.