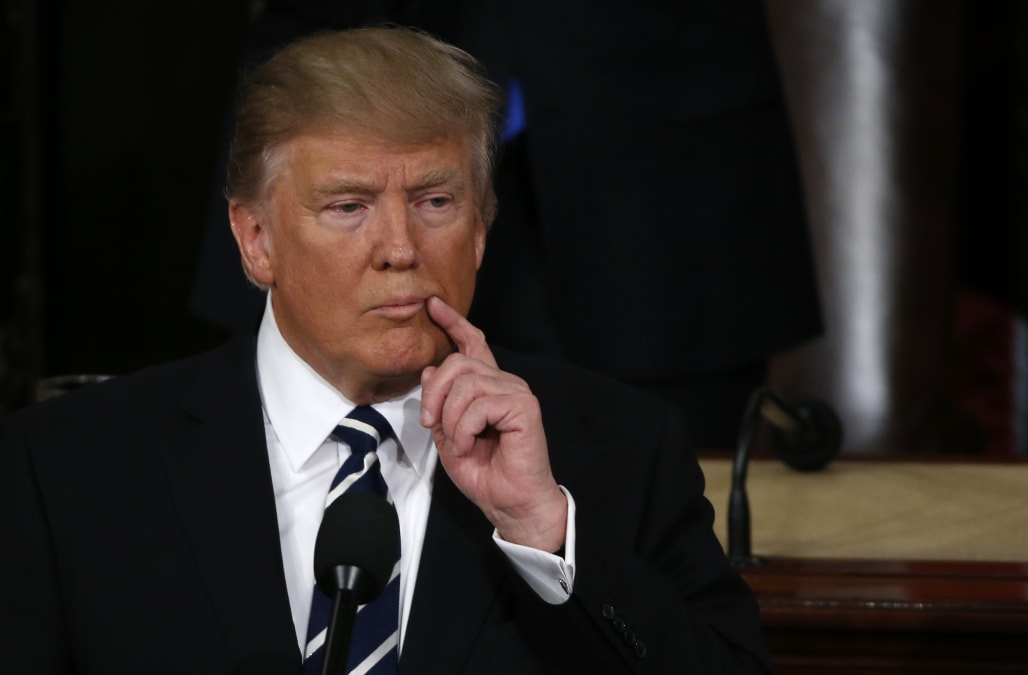 The news came soon after Trump's latest broadside at the "beleaguered" head of his Justice Department.

"So why aren't the Committees and investigators, and of course our beleaguered A.G., looking into Crooked Hillarys crimes & Russia relations?" Trump tweeted on Monday morning.

Trump's views on his attorney general have soured in the months since Sessions decided it was best to recuse himself from any investigations involving the Trump campaign, which he was closely associated with. That includes all of the Russia-related investigations, which special counsel Robert Mueller is overseeing.

In an interview last week with The New York Times, Trump said he wouldn't have hired Sessions if he knew he'd recuse himself from the Russia investigation.

"So Jeff Sessions takes the job, gets into the job, recuses himself," Trump said. "I then have — which, frankly, I think is very unfair to the president. How do you take a job and then recuse yourself? If he would have recused himself before the job, I would have said, 'Thanks, Jeff, but I can't, you know, I'm not going to take you.' It's extremely unfair, and that's a mild word, to the president. So he recuses himself. I then end up with a second man, who's a deputy."

RELATED: Rudy Giuliani through the years

That second man, Deputy Attorney General Rod Rosenstein, hired Mueller as special counsel after Trump abruptly fired James Comey as FBI director in May. Comey was overseeing an FBI investigation into whether the Trump campaign had colluded with Russian officials during the 2016 presidential election.

Addressing Trump's comments on Friday, Sessions said during a press conference that he is "totally confident that we can continue to run this office in an effective way."

"We serve him right now," Sessions said after being asked how he could continued doing his job if he did not have the confidence of the president. "The work we're doing today is the kind of work we intend to continue."

Both Sessions and Giuliani were among Trump's earliest and most prominent backers. If Sessions is fired or resigns, and Trump does decide to nominate Giuliani, the former mayor and federal prosecutor could have a tough time reaching the needed 50 votes in a Senate confirmation hearing, considering his work for foreign governments, stop-and-frisk police policies, and extremely close ties to Trump from the campaign.

When Trump was first selecting his top cabinet officials after winning the November election, Giuliani insisted on being named secretary of state. He reportedly was not interested in other top posts, including attorney general.