Trump suggests the Washington 'swamp' is a 'sewer' in morning tweet 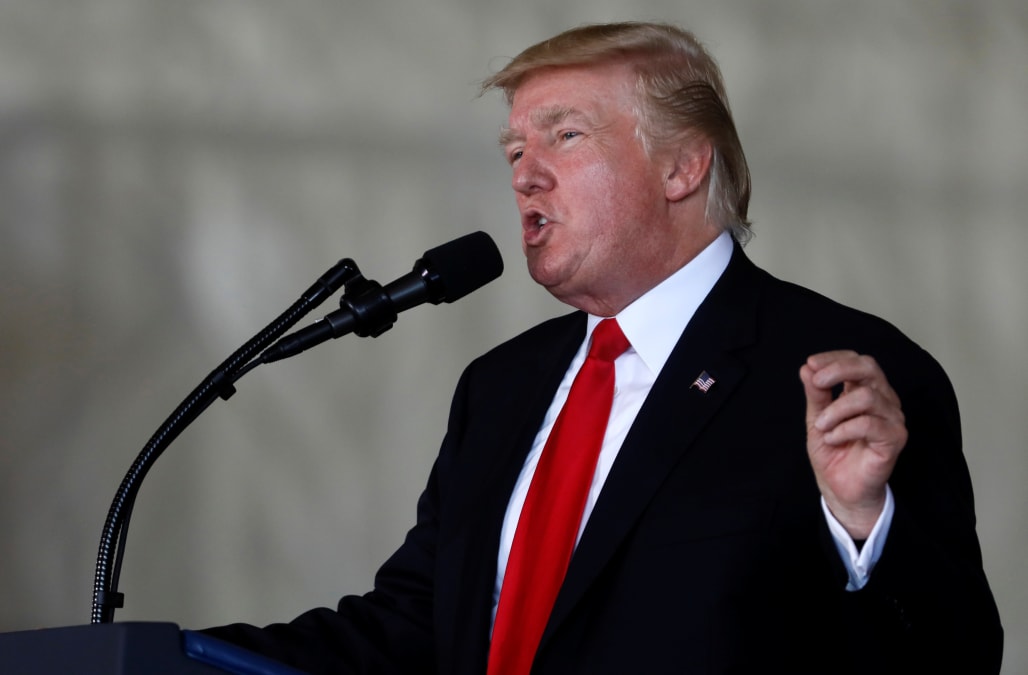 One of President Trump's campaign promises was to "drain the swamp" – a name he often used while discussing bureaucracy in Washington, DC.

Six months into his presidency, Trump says the problem is worse -- and offered a new name on Twitter.

"Drain the Swamp should be changed to Drain the Sewer," Trump wrote. "It's actually much worse than anyone ever thought, and it begins with the Fake News!"

Drain the Swamp should be changed to Drain the Sewer - it's actually much worse than anyone ever thought, and it begins with the Fake News!

Trump also tweeted, "After 1 year of investigation with Zero evidence being found, Chuck Schumer just stated that 'Democrats should blame ourselves, not Russia.'"

After 1 year of investigation with Zero evidence being found, Chuck Schumer just stated that "Democrats should blame ourselves,not Russia."

Back in April, the White House sent a statement to NPR that "Trump has 'kept his promise of not being swayed by special interests' as he attacks the swamp. The statement cited four examples: his executive order on ethics, 'significant regulatory reform,' the government hiring freeze and a directive to examine waste at federal agencies."

However, his critics suggest otherwise.

Democratic Sen. Elizabeth Warren said in an interview with CNN on Thursday that she'd give Trump an 'F' on his promise to "drain the swamp."

"It turns out that not only has he not drained the swamp, he has brought in...193 corporate lobbyists, CEOs and executives of big, giant corporations and industry consultants," Warren noted. "That's who he's bringing in every part of government and its having an impact on every part of government and it's having an impact on the decision that are getting made."