'The problem is how often you watch TV': Top Democrat responds to Trump calling him 'sleazy' 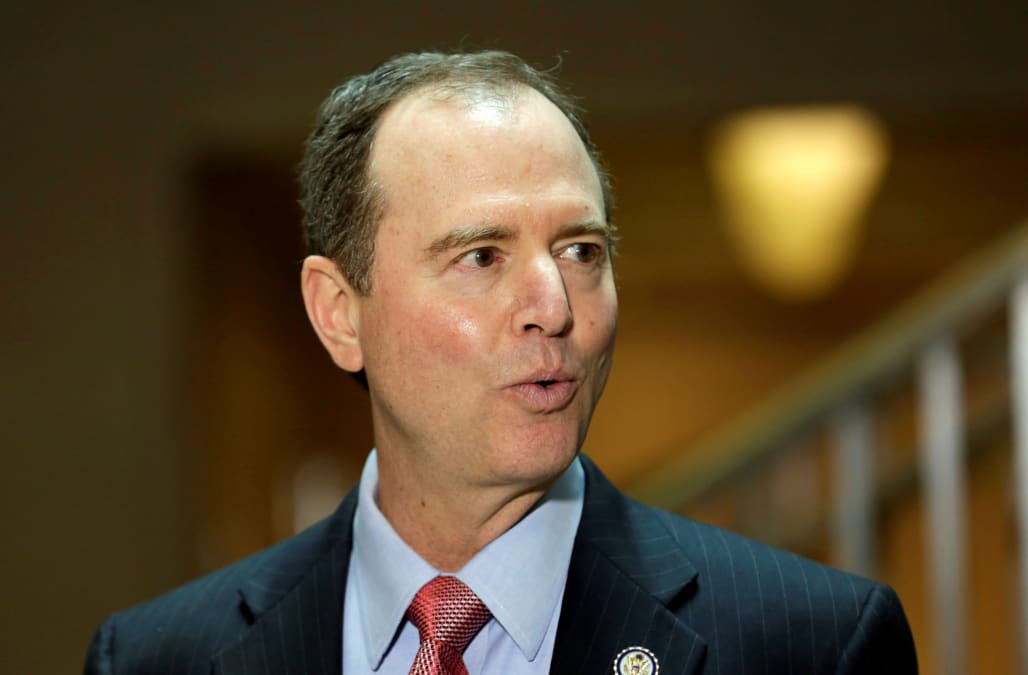 Rep. Adam Schiff, the top Democrat on the House Intelligence Committee that is investigating possible collusion between the Trump campaign and Russia, shot back at President Donald Trump on Twitter on Monday morning, after the president called Schiff "sleazy."

"With respect Mr. President, the problem is how often you watch TV, and that your comments and actions are beneath the dignity of the office," Schiff tweeted in response to Trump's tweet.

Earlier that day, Trump had tweeted: "Sleazy Adam Schiff, the totally biased Congressman looking into 'Russia,' spends all of his time on television pushing the Dem loss excuse!"

Putting the Trump-Russia timeline into perspective:

According to an April Washington Post report, Trump routinely watches a host of cable news networks, starting his mornings off with CNBC's "Squawk Box," Fox Business Network's "Mornings With Maria" which is hosted by Maria Bartiromo, and Fox News' "Fox & Friends." Trump has repeatedly praised "Fox & Friends" for its favorable coverage towards him, while blasting networks like MSNBC and CNN for their more critical coverage of his administration and policies. He has called the latter "fake news" on a number of occasions, both in public and on Twitter.

At night, the Post reported, the president occasionally "hate-watches" cable news shows that are critical of him, sometimes talking on the phone with friends while doing so. Shows and journalists that Trump has frequently lampooned include MSNBC's "Morning Joe," NBC's "Nightly News," and CNN's Jeff Zeleny and Don Lemon.

Trump is reportedly sensitive to comments about his TV-watching habits.

"He gets very irritated when we all report that he watches a lot of TV. He does watch a lot of TV — it doesn't seem like that's a massively controversial statement," Maggie Haberman, a Times reporter who has covered Trump extensively, told The New Yorker last week. "But he doesn't like when that is said because he thinks it's shorthand for saying he doesn't work that hard."

More from AOL.com:
Scaramucci quotes anonymous source on Russian hacking, then admits Trump was the source
Trump rails against Rand Paul in closed-door meeting with the senator's colleagues, and Paul fires back on TV
NSA chief on Russia-U.S. cyber unit: Now is 'not the best time'