Kushner says his assistant got him out of the Trump Jr. meeting with a Russian lawyer 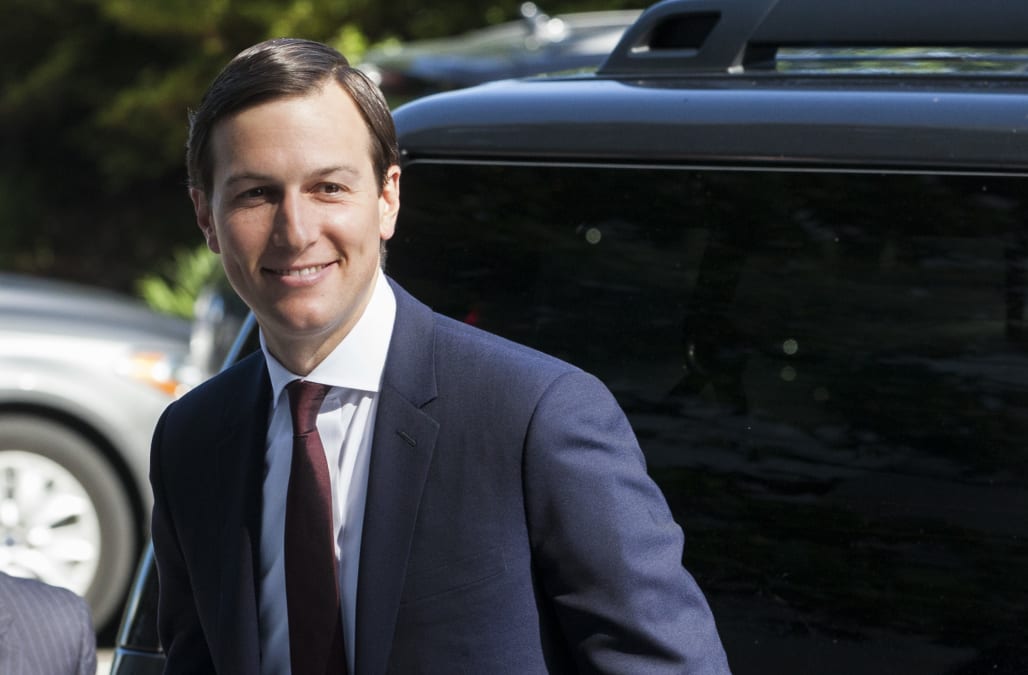 Jared Kushner said in a statement released on Monday that he asked his assistant to fake a phone call so he could leave a meeting with Donald Trump Jr. and Russian lawyer Natalia Veselnitskaya last June at Trump Tower.

Kushner, Trump's son-in-law and senior adviser, released the 11-page statement detailing his contacts with Russians during Trump's presidential campaign or after the election ahead of his closed-door appearance before the Senate Intelligence Committee on Monday.

Trump Jr. invited Kushner, as well as the Trump campaign chairman at the time, Paul Manafort, to the June 2016 meeting with Veselnitskaya and Russian-American lobbyist Rinat Akhmetshin.

A series of emails released by Trump Jr. shows the email subject line was "Russia - Clinton - private and confidential," and the attendees were promised incriminating information about Hillary Clinton. Veselnitskaya did leave documents in Trump Jr.'s office, according to Akhmetshin. But it is unclear what information they contained.

In his statement, Kushner described the email thread as "a long back and forth that I did not read at the time" and claims he did not recall the meeting until recently.

"I quickly determined that my time was not well-spent at this meeting," Kushner wrote, "and that the meeting was a waste of our time." Searching for "aolite way to leave and get back to my work," Kushner said he wrote his assistant an email roughly 10 minutes into the meeting: "Can u pls call me on my cell? Need excuse to get out of meeting."

Veselnitskaya, speaking to NBC News earlier this month, said Kushner was only in the meeting "for probably the first seven to 10 minutes." She said he then left the room and did not return to the meeting.

SEE ALSO: KUSHNER SPEAKS: 'I did not collude'