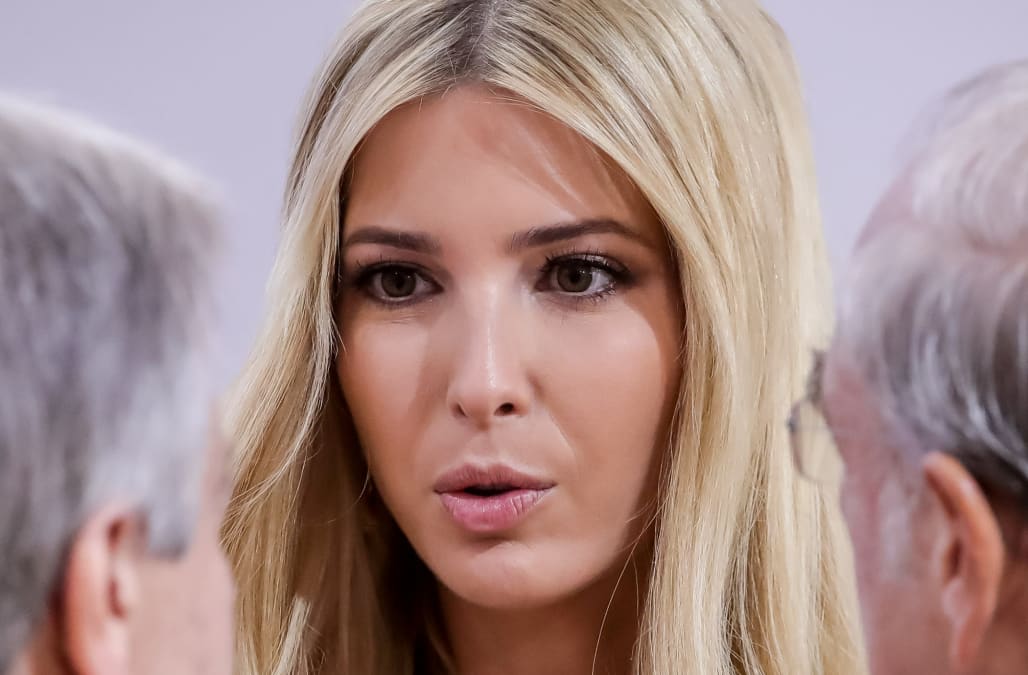 First daughter Ivanka Trump found herself being trolled online after her old tweet misquoting Albert Einstein resurfaced over the weekend.

The tweet, which Trump posted in June 2013, attributed the quote, "If the facts don't fit the theory, change the facts," to the famed scientist.

"If the facts don't fit the theory, change the facts." - Albert Einstein #quote#sunday

But one eagle-eyed Twitter user helpfully pointed out to Trump that Einstein never actually said that.

See some of the clever reactions online:

Ivanka Trump mercilessly mocked after misquoting Albert Einstein on Twitter
@colindickey @Aszneth "I'mma let you finish, but Beyonce had the best album ever." -- Benjamin Franklin
@colindickey When there's no quote that fits your Bullshit, just make one up. ~ Donald Trump
@colindickey @JohnBarentine "This Internet is Awesome" - Abraham Lincoln
@colindickey @HarriKivisto https://t.co/iGx3irEg7v
@colindickey "Nobody in football should be called a genius. A genius is a guy like Norman Einstein." Joe Theismann.
@RolandBaker @colindickey @CochraneCBC "Hi! My name is (what?) My name is (who?) My name is Slim Shady" - George Washington
Up Next

U.S. author Colin Dickey was the first tweeter to bring the post to the internet's attention after sharing the tweet Sunday, commenting: "The fact that Einstein never said any such thing only makes this tweet that much more perfect."

The fact that Einstein never said any such thing only makes this tweet that much more perfect. https://t.co/ZCjViO1CpS

In less than two days, the tweet has gone viral, prompting thousands of others online to share their own misattributed quotes.

One person wrote: "Don't believe everything you read on the internet. - Abraham Lincoln," while another person tweeted: "Diamonds are a girl's best friend, Mahatma Ghandi."

"Don't believe everything you read on the internet". Abraham Lincoln

However, to be fair, Trump is not the first to misattribute the quote to Einstein.

According to HuffPost, sites like BrainyQuote have been mistakenly attributing the quote to the genius for some time.