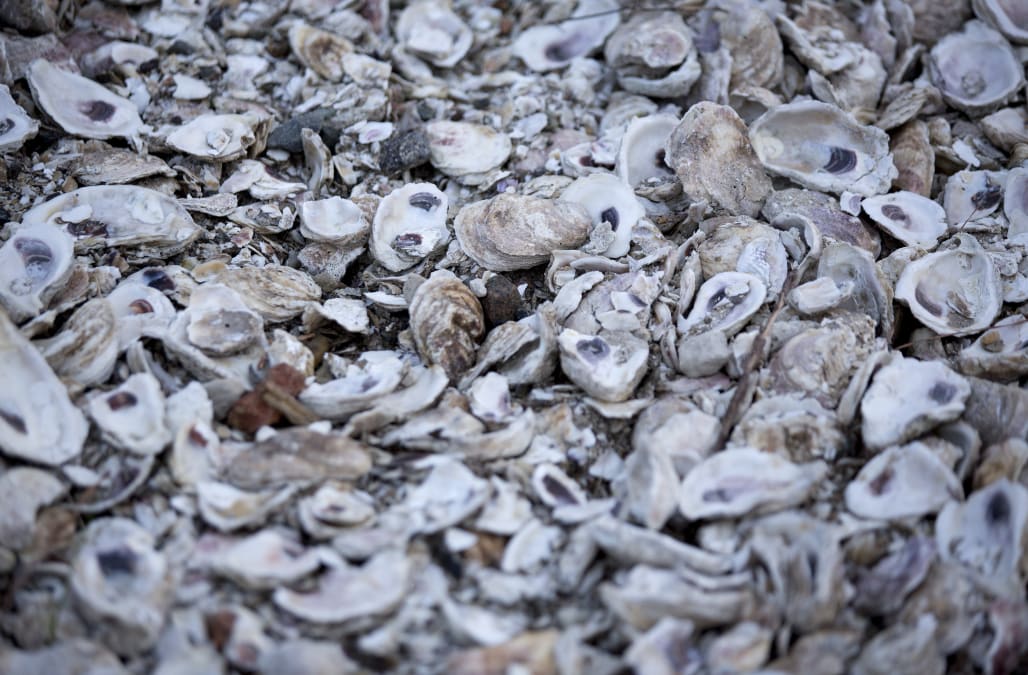 After that oyster slides into your mouth, and you've tossed another empty shell onto your plate, do you ever think about where those shells end up?

Probably not. Yet that pile of mollusk shells contributes to more than 7 million tons of "nuisance waste" discarded every year by the seafood industry that mostly winds up thrown into landfills or dumped into the ocean. Researcher James Morris calls the practice "a colossal waste of potentially useful biomaterials."

He and his colleagues have a better idea, one that could reap huge ecological benefits. They propose using shells to restore damaged oyster reefs or crushing them for applications in agriculture and engineering. Both require little time and money.

"Reusing shell waste is a perfect example of a circular economy, particularly as shells are a valuable biomaterial," Morris said. "Not only does it improve the sustainability of the aquaculture industry moving forwards, but it can also provide secondary economic benefits to shellfish growers and processors as well."

Morris and a team of CACHE (Calcium in a Changing Environment) scientists from the Royal Belgian Institute of Natural Sciences have been studying environmental and economically sustainable options for mollusk shells, and recently presented their findings to a meeting of the Society for Experimental Biology.

Mollusk shells are rich in calcium carbonate — which makes up about 95 percent of their composition. The shells are the perfect material for repairing damaged oyster reefs, according to the scientists.

Oyster reefs have been under great stress in recent years from climate change, over-harvesting, and a decline in water quality. Healthy shellfish soak up heavy metals and other pollutants, including nitrogen, which can lead to harmful algal blooms. And, their abandoned shells provide homes for other organisms. Once destroyed, the benefits shells provide the ecosystem disappear.

Old oyster shells also provide an excellent surface for oyster larvae to settle. "For oysters, particularly, overfishing and disease have reduced the amount of living and dead shells present, and subsequently the amount of hard surfaces available for the young to settle on," Morris said.

Several projects already are using waste shells to create reefs for oyster larvae to settle on. "If done properly, these structures quickly get covered in living oysters, which in turn attracts other species," he said. While acidic carbon pollution has been harmful to oyster shells, "this does not affect their ability to be used in reef structures or other calcium carbonate applications at present," Morris said.

Most of the world's calcium carbonate comes from limestone mining, which the researchers describe as "ecologically harmful and unsustainable." Oyster shells can supplant limestone as a source of calcium carbonate, which is a common ingredient in cement and can be used to treat wastewater. Crushed shells also can be fed to hens as a calcium supplement or spread on farmers' fields to control soil acidity.

"In Galicia, Northern Spain, where the biggest mussel farming industry in the European Union is, shells are cleaned and used to treat acid soils in the local area," Morris said. "This practice has been going on for a long time. There are also examples of shells being used in basic aggregate mixes: oyster shells in France, for instance. But these applications represent a small portion of the shells produced."

There are several obstacles to overcome before farmers and engineers can make use of oyster shells. "Knowledge exchange is one," he said. "Different industries do not communicate well with one another, even if the result is mutually beneficial." If farmers want to use shells on their fields, for example, they need to be connected with a source of discarded shells. "I am trying to link shell producers to their closest potentially relevant industry," Morris said.

Unlike other waste products, mollusk shells do not decompose in landfills, nor do they release greenhouse gases that contribute to global warming.

Nevertheless, a "landfill is inherently unsustainable, so any movement away from it is a good thing, environmentally speaking," Morris said. "In addition, in the UK, for instance, landfill disposal costs up to £100 per ton [about $130], so reusing shells with no additional revenue could be beneficial simply to avoid landfill charges."

Morris focuses his research on the effects of climate change on these sea animals, and their potential use in solutions to environmental problems. "I was very lucky to grow up on the southwest coast of England, and I spent a lot of my childhood in and around the sea," he said. "I was always interested in marine life, particularly invertebrates like mussels and crabs, and knew I wanted to study marine biology from my early teens. Shells are an incredible and beautiful material. This interest, for me, translated into a desire to better understand the creatures that build them, and how they are built.

"I think [people] would be surprised to hear that large amounts of shells are being dumped and not reused," he added. "Most people can relate to a certain fascination for shells. At any beach on a sunny day you are likely to find people picking shells up and collecting them. It's hard to walk along a beach covered in shells and not pick one up to have a closer look."

More from Popular Science:
Fracking pollution stays in waterways long after the fracking is done
It's not your imagination: 2017 has been abnormally hot so far
Stopping deforestation might be easier than we thought