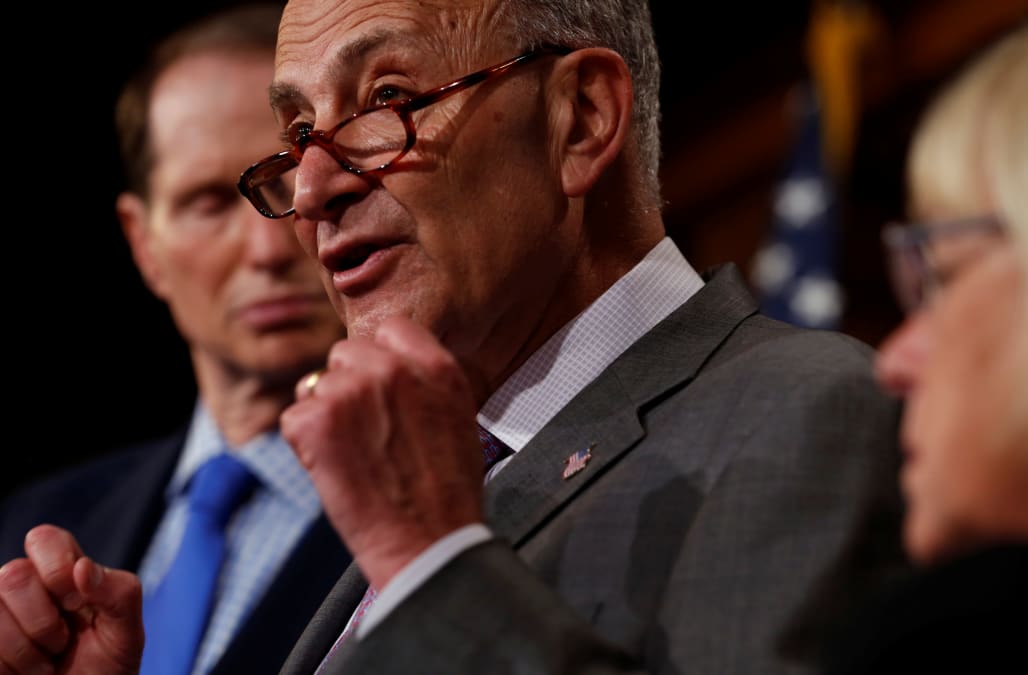 Democrats will propose standards that companies must meet to complete large mergers and enhanced post-merger reviews, singling out the airline, telecommunications, beer, food and eyeglass industries as areas of concern, according to policy proposals provided to reporters.

The platform is a move by Democrats to regroup ahead of the 2018 midterm congressional elections after Hillary Clinton's loss to Republican President Donald Trump in 2016. Republicans control both the House and the Senate.

"The number one thing that we did wrong is we didn't tell people what we stood for," Senator Chuck Schumer, the top Democrat in the U.S. Senate, told ABC's "This Week" on Sunday.

Schumer and House Democratic leader Nancy Pelosi will roll out the plan in the town of Berryville, Virginia at the northern end of the Shenandoah Valley.

Accompanying them will be Senators Elizabeth Warren, Chris Van Hollen, Amy Klobuchar and Mark Warner along with Representatives Hakeem Jeffries and David Cicilline, among others.

Democrats want to create an independent government agency that would crack down on pharmaceutical companies that raise prices excessively. They also want to allow Medicare, the government health insurance program for the elderly, to negotiate prices with manufacturers.

Additionally, drug companies would need to justify big price hikes to the government.

One document criticized United Continental Holdings Inc <UAL.N> for the "brutal assault" of a United passenger who would not give up his seat for a crew member.

If AT&T Inc's <T.N> purchase of Time Warner Inc <TWX.N> succeeds it will allow the "resulting behemoths" to "unfairly discriminate" against smaller distributors, one document stated.

Democrats will also propose doubling federal support for apprenticeship programs, a tax credit for employers that hire and train workers that make a liveable wage and encouraging partnerships between companies and public high schools and community colleges.