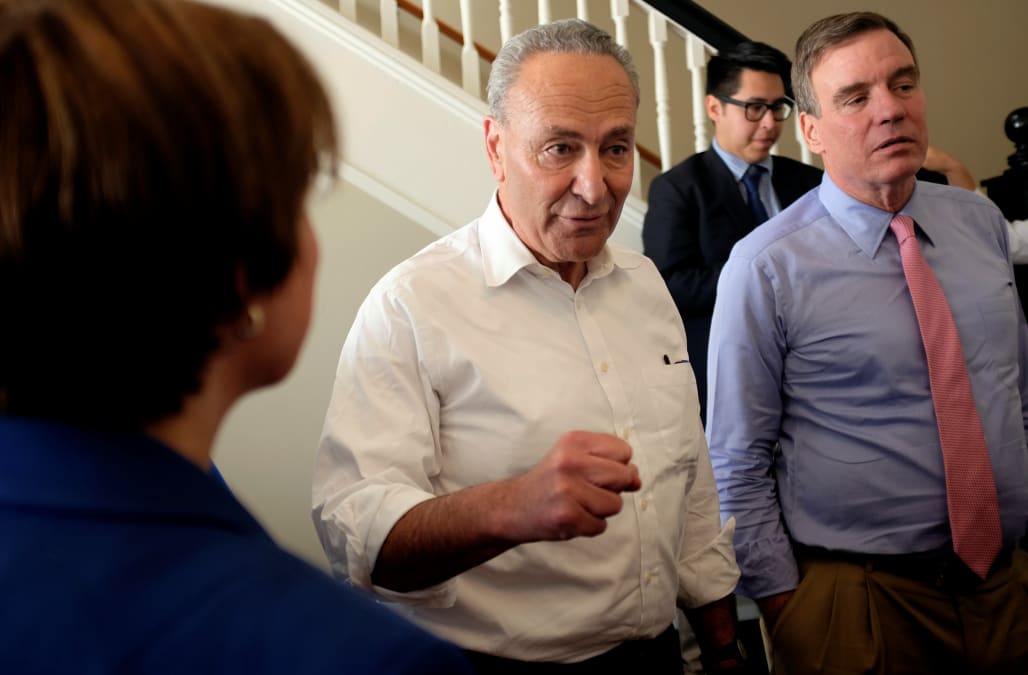 Democrats proposed new standards that companies must meet to complete large mergers and enhanced post-merger reviews, singling out the airline, telecommunications, beer, food and eyeglass industries as areas of concern in the proposal dubbed "A Better Deal" for working Americans.

The Democrats' platform is a move to regroup ahead of the 2018 midterm congressional elections, after Hillary Clinton's loss to Republican President Donald Trump in 2016. Republicans control both the House and the Senate.

Senator Chuck Schumer, the top Democrat in the U.S. Senate, accused Trump of running a populist election campaign and then abandoning working people for special interests once in the White House.

"We can't delude anyone that this Congress will begin passing our priorities tomorrow but we have to start presenting our vision for the country's future," Schumer said at a kickoff event in the town of Berryville, Virginia.

Democrats want to create an independent government agency that would crack down on drug companies that raise prices excessively. They also want to allow Medicare, the government health insurance program for the elderly, to negotiate prices with manufacturers.

Additionally, drug companies would need to justify big price hikes to the government.

One document criticized United Continental Holdings Inc for the "brutal assault" of a United passenger who was already seated on an overbooked flight and refused to give up his seat for a crew member.

Separately, if AT&T Inc's purchase of Time Warner Inc succeeds, it would allow the "resulting behemoths" to "unfairly discriminate" against smaller distributors, one document stated.

Mergers between Dow Chemical Co and DuPont, Monsanto Co with Bayer AG and Syngenta AG with ChemChina "threaten the safety of food and agriculture in America," one document said.

Democrats will also propose doubling federal support for apprenticeship programs, a tax credit for employers that hire and train workers that make a liveable wage, and encouraging partnerships between companies and public high schools and community colleges.