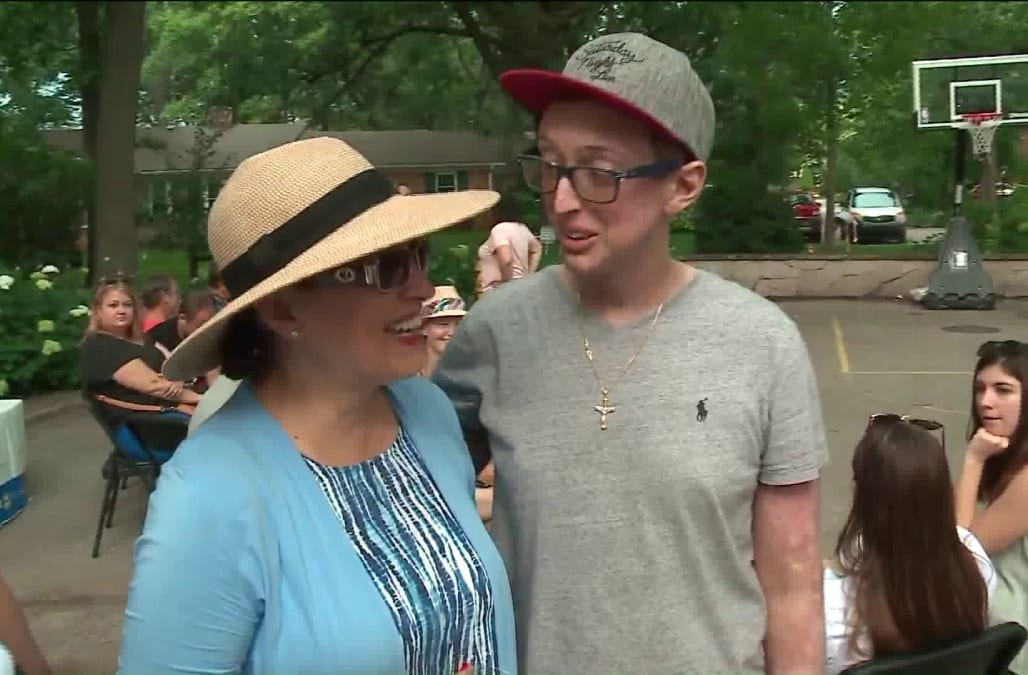 PARK RIDGE, Ill.(WGN) -- A young cancer survivor said he didn't want presents for his birthday. Instead, he wanted to give the gift of life.

On Sunday, Broadway Avenue in Park Ridge, Ill., was a stage for a very special birthday party and one in which the guest of honor was giving as much as he was getting.

The gift of life is sometimes wrapped in an enigma.

It was just after his 17th birthday, just before his junior year at Maine South High School, just as he was coming into his own that he received a devastating diagnosis.

Cancer survivor holds blood drive for 21st birthday
Up Next

"It was much harder, much tougher than I ever imagined it could have been," he said.

He had a rare form of non-Hodgkin's T-Cell Lymphoma, and underwent several rounds of chemotherapy, six weeks of radiation, a stem cell transplant, multiple surgeries and who knows how many blood transfusions.

"I don't even know how many I had. I just know I'm so grateful for the way it made me feel, and the way they saved my life, in a sense," Rancich said.

The blood transfusions, more than anything, he said, gave him the will to keep going.

"You feel like you've been hit by a truck. Your body aches everywhere. You're tired, you're nauseous, then you get a blood transfusion and it is replenishing and energizing, and you feel like a whole new person after one," he said.

So on Sunday, as he celebrated his 21st birthday, he and his mother came up with an unusual idea for a party.

He asked his friends and neighbors to donate blood. LifeSource provided the mobile blood labs.

"I said, 'You know what? This is all I want to do for my birthday. I don't care about gifts right now, I just care about spending time with people and giving back,'" Rancich said.

"It's a very Jimmy thing to do. He's always been a very caring guy," Michael Krone, blood donor, said.

"He's just a great person and I wish I could be more like him," Glenn Woerz, blood donor, said.

And that's this gift of life, Rancich is passing on as he celebrates another year of his own.

"Just positivity through all of it. There's definitely times where it's okay to break down and feel how much it sucks at times, feel the suck, I like to say, but then you've got to get right back up and find the positive," Rancich said.

This was the first time LifeSource has brought out the donor busses for a birthday party.

Over 50 people showed up to donate blood.