Trump doubts Russia would have left evidence of hacking, but US spies say Moscow left it on purpose 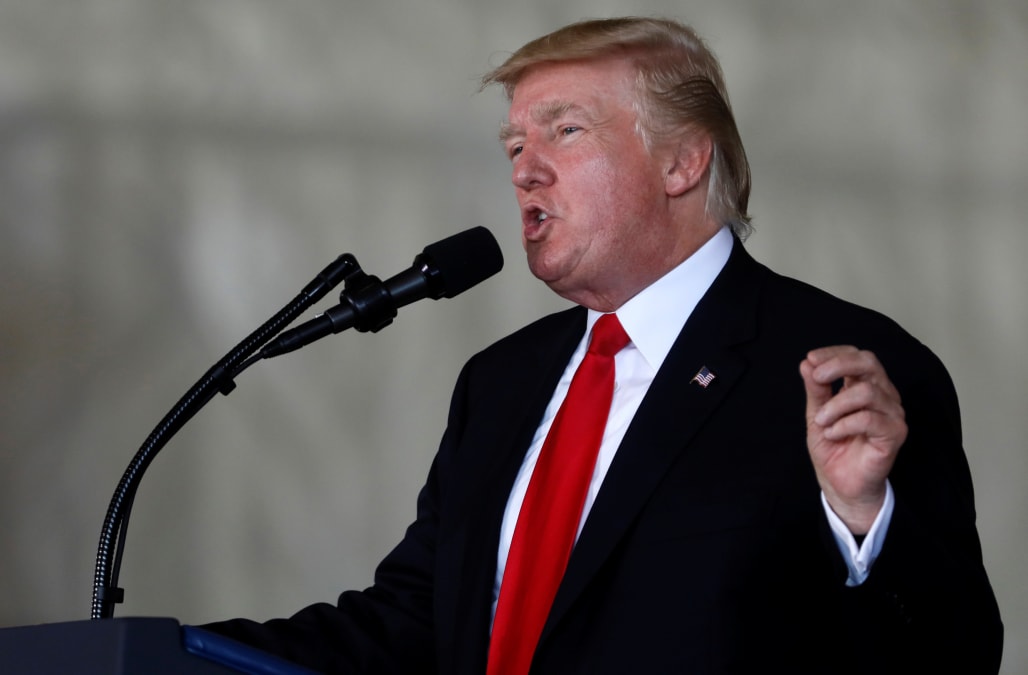 President Donald Trump's new communications director, Anthony Scaramucci, told CNN host Jake Tapper Sunday that Trump is not convinced that the Russians hacked into the Democratic National Committee last year because if they did, they wouldn't have gotten caught.

RELATED: Twitter erupts over the never-ending handshake between Trump and Macron

"They're super confident in their deception skills and hacking."

Scaramucci then revealed that the theory came from Trump, who Scaramucci said called him from Air Force One on Saturday and "basically said to me, 'Hey, you know, maybe they did do it, maybe they didn't do it.'"

Scaramucci's talking point, however, appears to misunderstand what experts and intelligence officials have concluded was the main purpose of Russia's election interference: to sow chaos and undermine the legitimacy of the election, no matter who won.

Loud for a reason

The Russians "were unusually loud in their intervention," former FBI director James Comey said during a House Intelligence Committee hearing in March, two months before he was fired. "It's almost as if they didn't care that we knew," he added.

Comey suggested that Russia may have wanted the US government to tell the public what Russia was doing, so as to "amplify" its efforts.

"Their loudness, in a way, would be counting on us to amplify it by telling the American people what we saw and freaking people out about how the Russians might be undermining our elections successfully," Comey said.

Many cyber security and Russia experts share the view that the Russian hacking and disinformation campaign throughout the election was highly conspicuous.

Digital footprints were left on the Democratic National Committee and John Podesta hacks, which were sloppy and easy to link back to the Kremlin, as state-sponsored Russian news agencies like Russia Today and Sputnik openly backed Donald Trump.

American eavesdroppers, meanwhile, reportedly intercepted calls between foreign nationals and Russian officials discussing the presidential campaign — and between Michael Flynn and Russian ambassador to the US Sergey Kislyak discussing sanctions — a similarly sloppy move, given the open secret that intelligence agencies routinely spy on one another.

Automated Twitter accounts — many of them linked to Russia and aided by professional trolls being paid by the Kremlin — flooded Twitter with pro-Trump rhetoric and made-up news throughout the campaign and especially in the days leading up to the election.

The bots favored Trump by five to one, according to Sam Woolley of the Oxford Internet Institute's computational propaganda research team.

The propaganda effort did not go unnoticed by the intelligence community.

"A big difference to me in the past was, while there was cyber activity, we never saw in previous presidential elections information being published on such a massive scale that had been illegally removed both from private individuals as well as organizations associated with the democratic process both inside the government and outside the government," Adm. Mike Rogers, the director of the National Security Agency, said at the March hearing.

Thomas Pickering, the former US ambassador to Russia under Bill Clinton, told CNN at the time that the flagrant nature of the operation "was unusual."

"Putin clearly wanted to deal the US a lesson, which helped him promote his own national popularity at home," Pickering said of the Russian president, Vladimir Putin.

Mark Kramer, the program director of the Project on Cold War Studies at Harvard's Davis Center for Russian and Eurasian Studies, told Business Insider that this kind of noise aligned with Putin's desire to "stir public doubts about the legitimacy of the elections in part because he expected Clinton was going to win."

"He wanted to portray her election as unfair and illegitimate," Kramer said.

Indeed, Comey said in March that the Russians "hated her, Secretary Clinton, wanted to harm her and thought they might have a chance to help Mr. Trump."

"And then later," he continued, "they concluded that Mr. Trump was hopeless and they would focus then on just trying to undermine Secretary Clinton."

Putin denied last month that the Kremlin had ordered the cyber attacks. But he said that "patriotically minded" Russians, whom he compared to artists, might have taken it upon themselves "to fight against those who say bad things about Russia," according to the New York Times.

While she was secretary of state, Hillary Clinton questioned whether Russia's 2011 elections were "free, fair, transparent" and called for a "full investigation" of the election's irregularities. Mass anti-government protests broke out in Russia shortly thereafter, which Putin blamed largely on Clinton's comments.

Comey and Rogers asserted at the March hearing that the Russians most likely viewed the operation as successful given the near-daily revelations about the Trump campaign's contact with Russia, including recently disclosed meetings between Donald Trump Jr. and two Russians last June and between Jared Kushner and the CEO of a sanctioned Russian bank in December. Kushner and the CEO, Sergey Gorkov, reportedly discussed setting up a secret backchannel.

Reports emerged after the inauguration in January that the Kremlin was getting nervous about the chaos, because the government had been counting on Trump to improve the US-Russia relationship. But Comey said something Russia "may draw from this is that they were successful because they introduced chaos and division and discord, and sowed doubt about the nature of this amazing country of ours and our democratic process."

"Their number one mission was to undermine the credibility of our entire democracy enterprise of this nation," Comey said at the time.

"I fully expect them to continue this — this level of activity," Rogers said. "Our sense is that they have come to the conclusion that it generated a positive outcome for them in the sense" that they've called into question the US's democratic process.

"We have to assume they're coming back," Comey said.