Scaramucci quotes anonymous source on Russian hacking, then admits Trump was the source 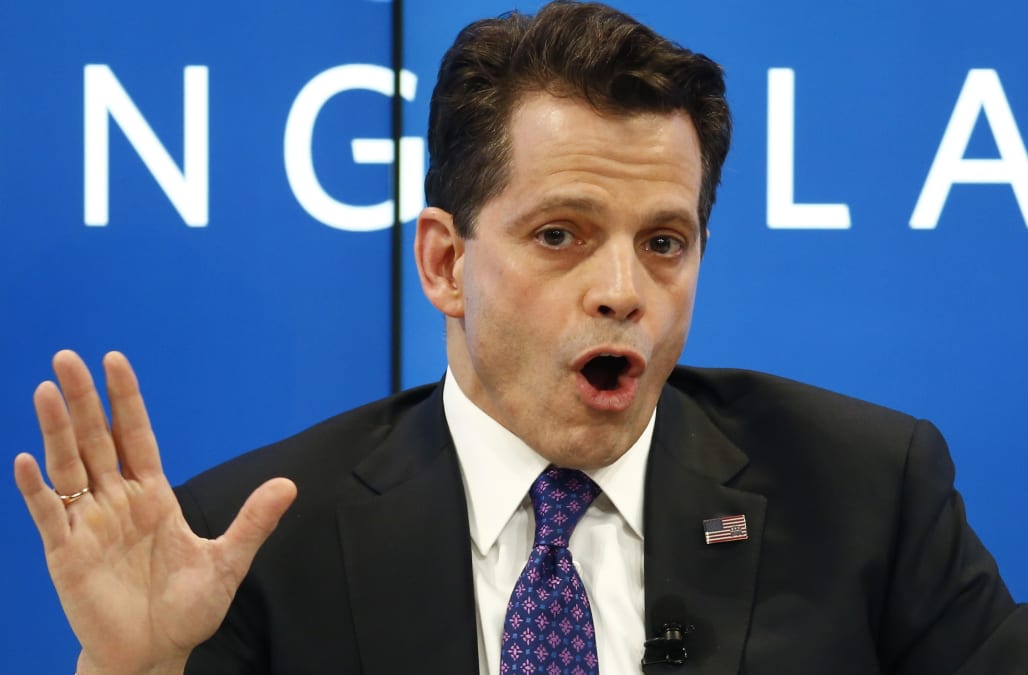 "You know, somebody said to me yesterday — I won't tell you who — that if the Russians actually hacked this situation and spilled out those e-mails, you would have never seen it," Scaramucci told "State of the Union" host Jake Tapper.

"You would have never had any evidence of them, meaning that they're super confident in their deception skills and hacking," Scaramucci continued. "My point is, all of the information isn't on the table yet. But here's what I know about the president —"

"Well, you're making a lot of assertions here," Tapper said. "I don't know who this anonymous person is that said, if the Russians had actually done it, we wouldn't have been able to detect it, but it is the unanimous —"

"How about it was — how about it was the president, Jake?" Scaramucci said. "I talked to him yesterday. He called me from Air Force One. And he basically said to me, 'Hey, you know, this is —maybe they did it. Maybe they didn't do it'."

Scaramucci's use and subsequent revelation of Trump as an anonymous source came as the administration continues to slam media outlets for using anonymous sourcing in stories unfavorable to the White House.

After returning from his first foreign trip abroad in May, Trump said in a pair of tweets, "Whenever you see the words 'sources say' in the fake news media, and they don't mention names ... it is very possible that those sources don't exist but are made up by fake news writers. #FakeNews is the enemy!"

Trump cast doubt on anonymous sourcing as recently as July 12, when he tweeted, "Remember, when you hear the words 'sources say' from the Fake Media, often times those sources are made up and do not exist."

In an interview with Tapper directly after Scaramucci's admission, Sen. Al Franken of Minnesota expressed his disbelief that Scaramucci unmasked the president as his anonymous source.

"I thought — when he brought it up, I thought it was a disinterested intelligence expert who brought that [anonymous leak]," Franken said.

Tapper then brought up how Scaramucci said Trump still didn't accept his own intelligence agencies' conclusion that Russia meddled in the 2016 election.

"That's — what can you say? It's just bizarre," Franken said.