Poll: Trump is the only president not to reach 50 percent approval during first 6 months 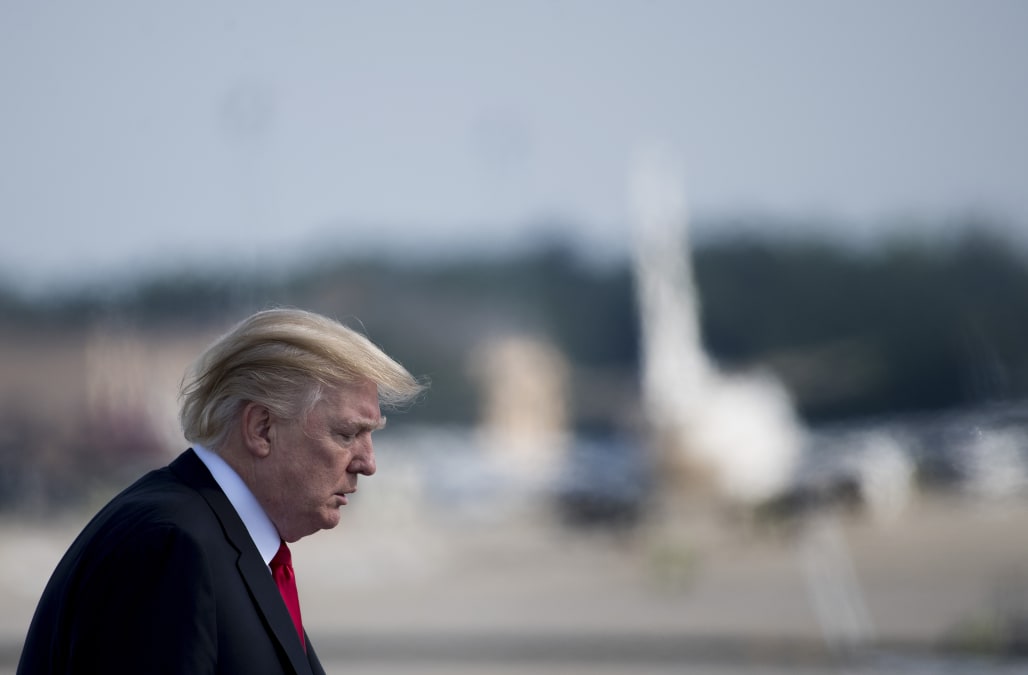 President Donald Trump's historically low job approval numbers have been a persistent thorn in the administration's side since January, and now according to Gallup, Trump is the first U.S. president not to at least reach a 50 percent job approval rating in his first six months in office.

Last week Trump crossed the six-month mark with 37 percent of Americans approving of the job he's doing, according to Gallup daily tracking poll. While 58 percent of those polled said they disapprove.

Trump entered the White House with a record low job approval rating of just 45 percent, a number he has struggled to climb back to throughout the early months of his first term, only reaching it one other time back in March.

There's a history in modern American politics of presidents experiencing a so called honeymoon period in the early months of their first term, which can result in inflated job approval ratings as large pockets of the country come together to support the newly elected commander in chief.

But Trump may be one of if not the only president not to get this sort of initial support.

For comparison, six months into former President Barack Obama's first term he held a 56 percent approval rating. And the previous Republican president before Trump, George W. Bush, also sat at 56 percent at this same point, according to Gallup which has been tracking presidential approval ratings since Harry S. Truman.

Sixty-seven percent of Americans approved of President Jimmy Carter six months into his only term.

While Trump's approval rating remains low, the president continues to maintain strong support among his voters and Republicans in general. Most people who voted for Trump last year say they would back him again, with only one in eight who voted for Trump claiming they would not do so again following Trump's first six months in office, according to a Reuters/Ipsos poll of 2016 voters.

However new numbers also suggest Trump may be losing ground in key flip states that helped to hand him the presidency last year, including Luzerne, Pa., a county Obama won 52 percent to 47 percent in 2012 and Trump beat out Hillary Clinton 58-39 margin, Trump's current job rating stands at just 44 percent.

The president has maintained his distrust in polling, recently attacking ABC and NBC polls which show him with historically low numbers as, "The two fake news polls released yesterday, ABC and NBC, while containing some very positive info, were totally wrong in General E. Watch!"