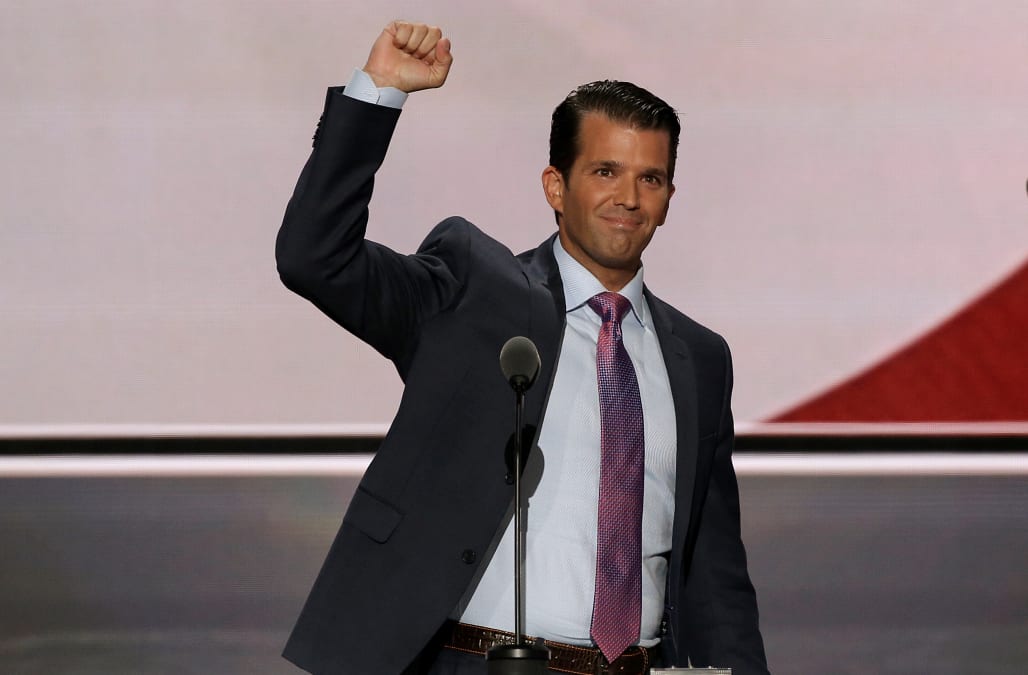 Trump Jr. has hired Karina Lynch of the law firm Williams and Jensen, Lynch confirmed in an email to Reuters. She did not respond to queries about what her role in the team would be.

Trump Jr., his father's former campaign manager Paul Manafort and Jared Kushner, the president's son-in-law and one of his senior advisers, met with Russian lawyer Natalia Veselnitskaya in June 2016. That meeting was held in Trump Tower in New York after the lawyer offered damaging information about Democratic presidential candidate Hillary Clinton.

A federal special counsel and several congressional panels are investigating allegations by U.S. intelligence agencies that Russia meddled in the 2016 U.S. presidential election and potential connections between Russian officials and the Trump campaign.

Moscow has denied any interference, and Trump says his campaign did not collude with Russia.

Lynch's biography on her law firm website describes her as having experience on the Senate Permanent Subcommittee on Investigations. She was also investigative counsel to Senator Charles Grassley, according to her law firm biography.

The Senate Judiciary Committee said on Friday that Trump Jr. and Manafort had agreed to negotiate whether to be interviewed by the panel in its Russia investigation.