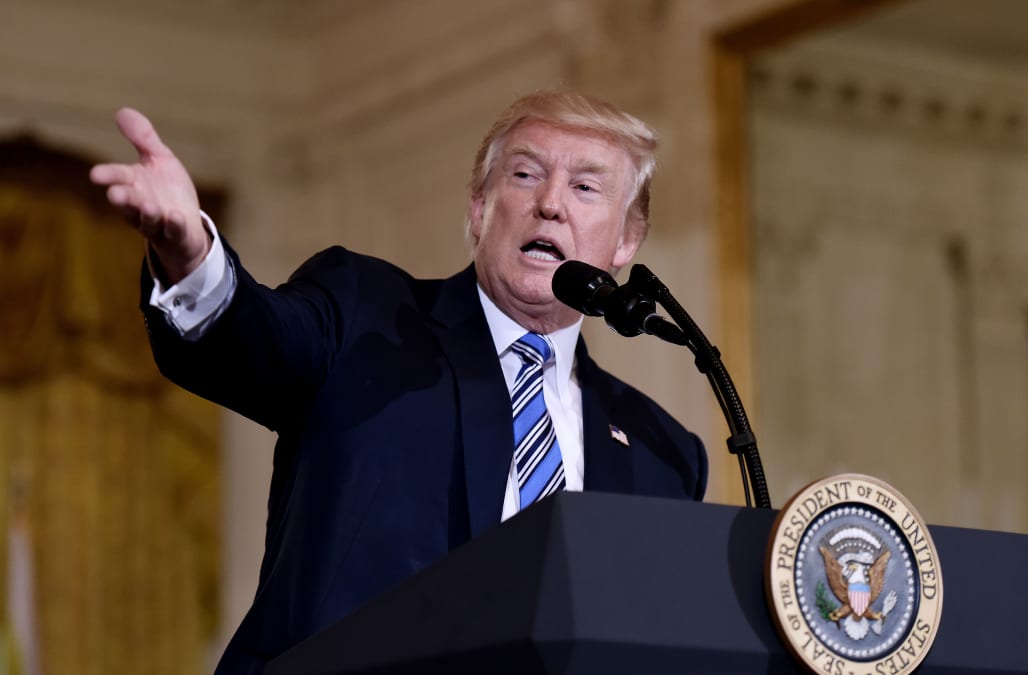 President Trump has given an explanation as to why his newly named communications director, Anthony Scaramucci, had backed GOP opponents Governor Scott Walker and Jeb Bush in the election primary, reports Politico.

The president tweeted Saturday, "In all fairness to Anthony Scaramucci, he wanted to endorse me 1st, before the Republican Primaries started, but didn't think I was running!"

Trump's tweet was likely a response to a part of the White House press briefing Friday where Scaramucci was asked about harsh comments he had made about Trump during the campaign.

For instance, during an appearance on Fox Business in August 2015, the former Wall Street investor responded to then-candidate Trump's criticisms about people who work in hedge funds by calling him, "another hack politician."

However, during the Friday's briefing, Scaramucci apologized for the remarks, calling them "one of the biggest mistakes that I made because I was an unexperienced person in the world of politics. I was supporting another candidate. I should have never said that about him."

The new White House official then addressed the camera directly and said, "Mr. President, if you're listening, I personally apologize for the 50th time for saying that."