Ben Carson says President Trump's drama is good for him 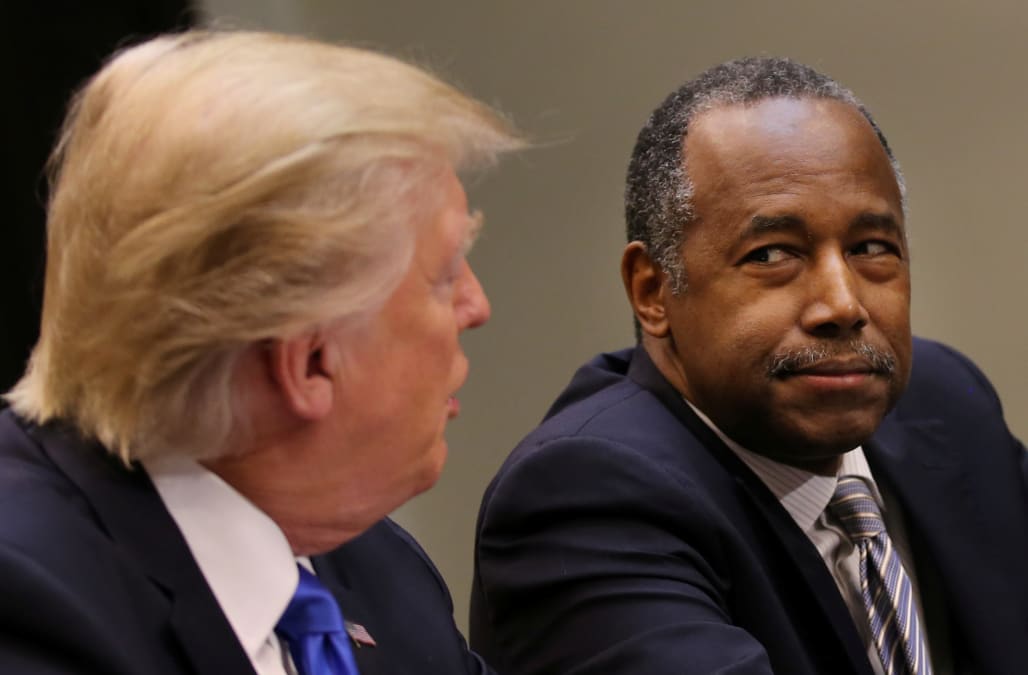 Trump drama is A-OK with Housing and Urban Development Secretary Ben Carson, who says he's happy that President Trump is drawing attention away from him.

"Let me put it this way," he told the Washington Examiner. "I'm glad that Trump is drawing all the fire so I can get stuff done."

Carson is a retired neurosurgeon who tried for the GOP presidential nomination last year, but after Donald Trump won, he appointed him to lead HUD.

Ben Carson facts you should know

1. He is a weekly opinion columnist for The Washington Times.

(Photo by: William B. Plowman/NBC/NBC NewsWire via Getty Images)

2. He is a member of the Seventh-day Adventist Church, and his father was a minister.

10. He and his wife started a scholarship fund called "Carson scholars fund" in 1994 which has so far awarded 6,700 scholarships to kids for "academic excellence and humanitarian qualities."

(Photo by Louis Myrie/WireImage via Getty)

Although Carson seems to not mind having all the heat on the president, he has had some scandals of his own.

In March, he referred to African slaves as "immigrants."

In May he called poverty a "state of mind."

Carson was also criticized for his lack of experience, but he says he has great people around him which is how he is able to get that stuff done he mentioned.

He said, "Everybody's doing two or three times more than they ought to be doing."