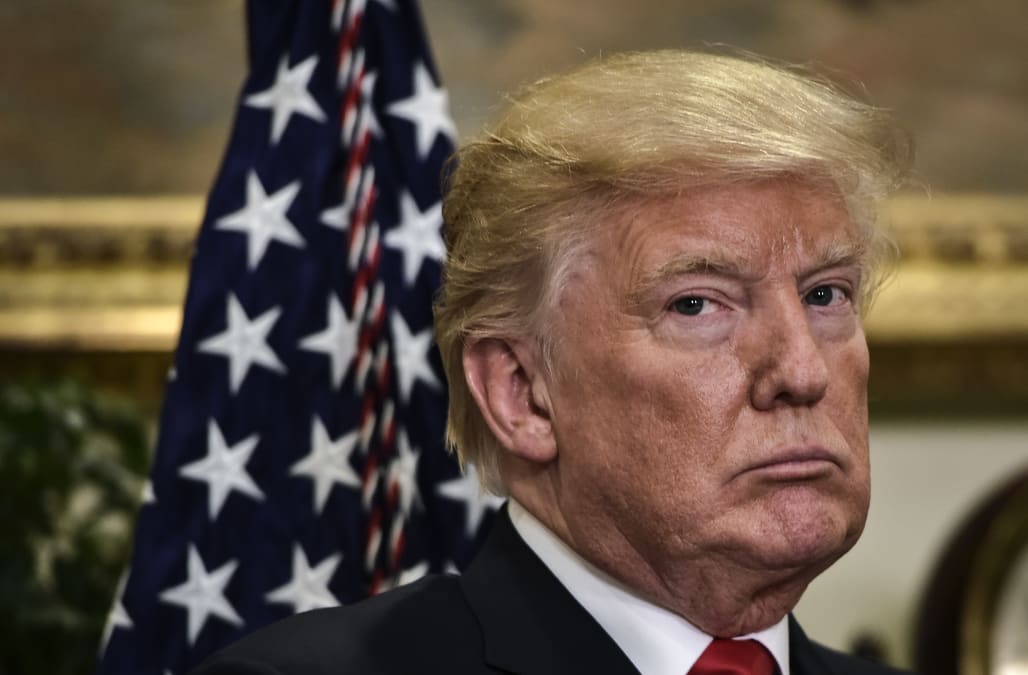 President Donald Trump's lawyers are looking into whether Trump can pardon himself, family members, and his aides in preparation for the outcome of the Russia investigation.

The probe into Russia's meddling in the 2016 US election and possible collusion with the Trump campaign is led by special counsel Robert Mueller and has so far lassoed top White House aides, Trump's immediate family, and the president himself into a wide-ranging examination that has stymied the Trump administration for months.

The Washington Post reported Thursday night that some of Trump lawyers are also looking for ways to "limit or undercut" Mueller's investigation, citing people familiar with his legal counsel's thinking.

The Trump administration has already employed such tactics to a degree by accusing Mueller and his investigative team of various conflicts of interest. At one point, Trump alleged that Mueller was hiring prosecutors who openly supported his rival, Hillary Clinton, in the 2016 election.

The question of whether Trump can pardon himself of any crimes has been floated before. One of Trump's advisers told The Post the president "has simply expressed a curiosity in understanding the reach of his pardoning authority."

"This is not in the context of, 'I can't wait to pardon myself," the adviser said, according to the newspaper.

On the matter of conflicts of interest, Trump has previously floated that allegation against Mueller as a possible reason for potentially removing the former FBI director from the investigation.

Trump appeared to suggest as much in an interview with The New York Times published Wednesday. On Thursday, the White House walked that back, saying Trump "has no intention" to remove Mueller from the Russia probe.

Still, the White House is said to be intent on finding fault in Mueller's investigators, The Times reported Thursday night, looking for ways to discredit the investigation or force some members of Mueller's team to recuse themselves from the probe.

Critics, including some Democrats, have described Trump's behavior toward Russia probe investigators and the investigation itself as unbecoming of someone who is innocent. Sen. Mark Warner, the Democratic vice chair of the Senate Intelligence Committee, said in a statement Thursday night, "Russia's interference in the 2016 elections was an attack on our democracy. ... The possibility that the President is considering pardons at this early stage in these ongoing investigations is extremely disturbing."

"Pardoning any individuals who may have been involved would be crossing a fundamental line."

NOW WATCH: 'What you feel isn't relevant': Sen. Angus King grills intel leaders on whether Trump tried to influence them