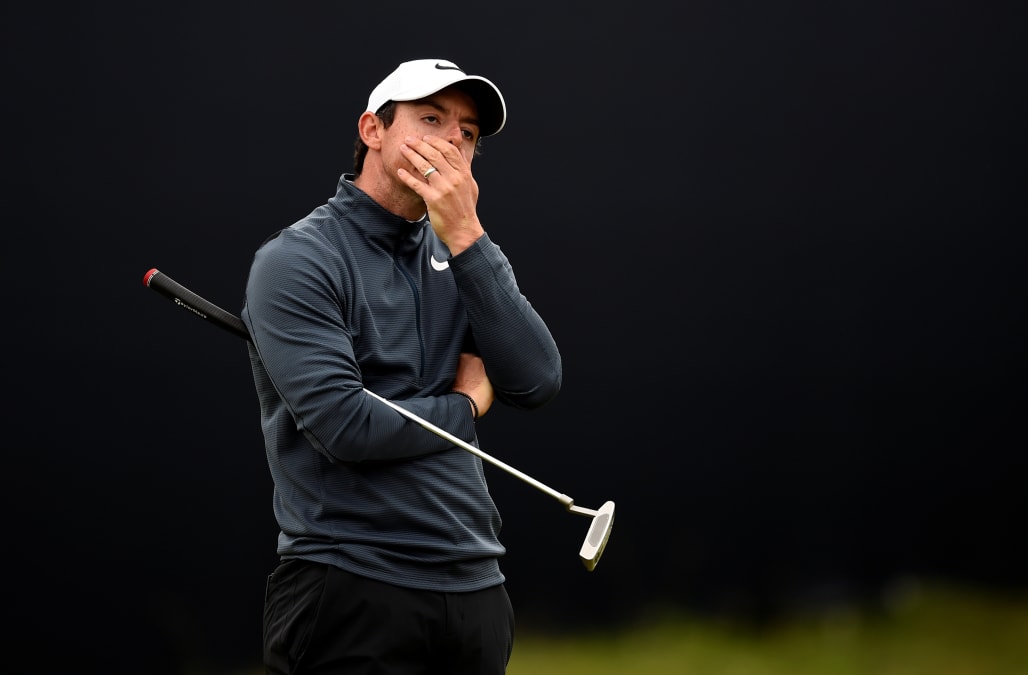 Rory McIlroy talked himself into a hole on Wednesday, telling reporters that this week's Open Championship is a "good week to back me."

He followed that up by shooting one of the wildest rounds of his career.

McIlroy arrived at Royal Birkdale mired in his worst slump in ages, having missed the cut in three out of four starts heading into the event. The 28-year-old golf superstar has yet to raise a trophy in 2017, and he sits in an uninspired 75th place in FedEx Cup points.

The start of McIlroy's opening round was a continuation of that flat form. His tee shot on the first hole landed in the left rough, and he struggled to find the green before making a long bogey putt from the very edge.

The Ulsterman went on to bogey four of the next five holes at the famed links, falling to the lower reaches of the leaderboard almost immediately. Just a little over an hour after his tee time, he was already 11 strokes off the pace.

That's when McIlroy did a complete 180. Apparently sick of losing ground, he tidied up his front nine with three consecutive pars, then made his first birdie of the day on 11. He carried that momentum all the way to the end of the round, birdieing both remaining par 5s before finishing with another one on 18. All told, McIlroy made up four shots on the back nine, moving to within six strokes of the lead.

This tweet from the PGA Tour summed it up well.

If scorecards had pictures ... pic.twitter.com/dZzaKTUeAw

McIlroy was pleased at his ability to resurrect the round, attributing his early stumble to nerves.

"I've been in these sort of positions before, and thankfully I showed the character today to bounce back and hang in there and hang tough when I needed to," he said. "I feel like I'm right back in this golf tournament."

McIlroy went four-under over his final 12 holes, a score that would land him in the top 10 had he opened with all pars. Furthermore, a brutal afternoon forecast for Friday could provide him with an ideal opportunity to move onto the first page of the leaderboard.

"With the weather that we're going to get tomorrow, if I can go out there in the morning and shoot something in the 60s at least, I'll be right there for the weekend," he said.

Jordan Spieth, Matt Kuchar and Brooks Koepka share the first round lead at five-under-par. Spieth and Koepka will tee off during the heart of Friday's poor weather, while Kuchar has a more favorable morning tee time.

McIlroy will kick off his second round at 9:47 a.m. local time.

NOW WATCH: Here's how LeBron James reacted when he learned Kevin Durant was joining the Warriors