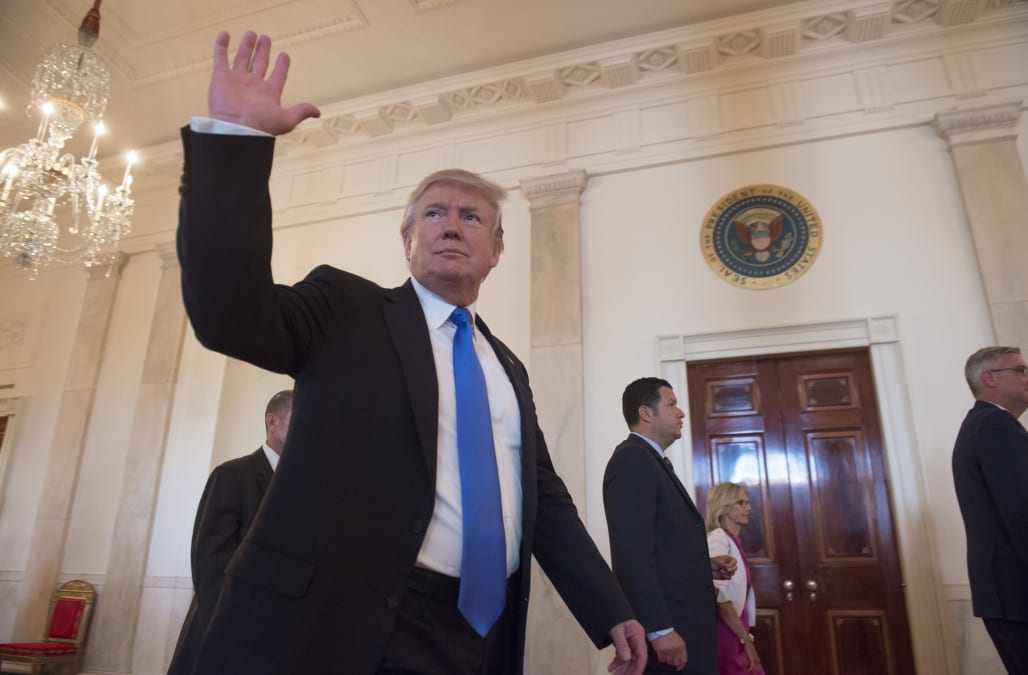 President Trump attempted to rally millions of his social media followers Thursday afternoon with a tweet, "I am asking all citizens to believe in yourselves, believe in your future, and believe, once more, in America."

However, most of the reactions that surfaced to the top were negative.

One Twitter user said, "I believe in all of that. I and we do not believe in YOU!"

Another wrote, "We DO believe in ourselves! It's YOU that we have no faith in!"

Someone else wondered, "Is 'believe in yourself' your new ACA replacement plan?"

However, not all comments were against the president.

One supporter wrote, "Thank you Trump! We are so THANKFUL to have you as president!"

Another said, "I have more faith in the government now that you are there but please fire Obama holdovers ASAP!"