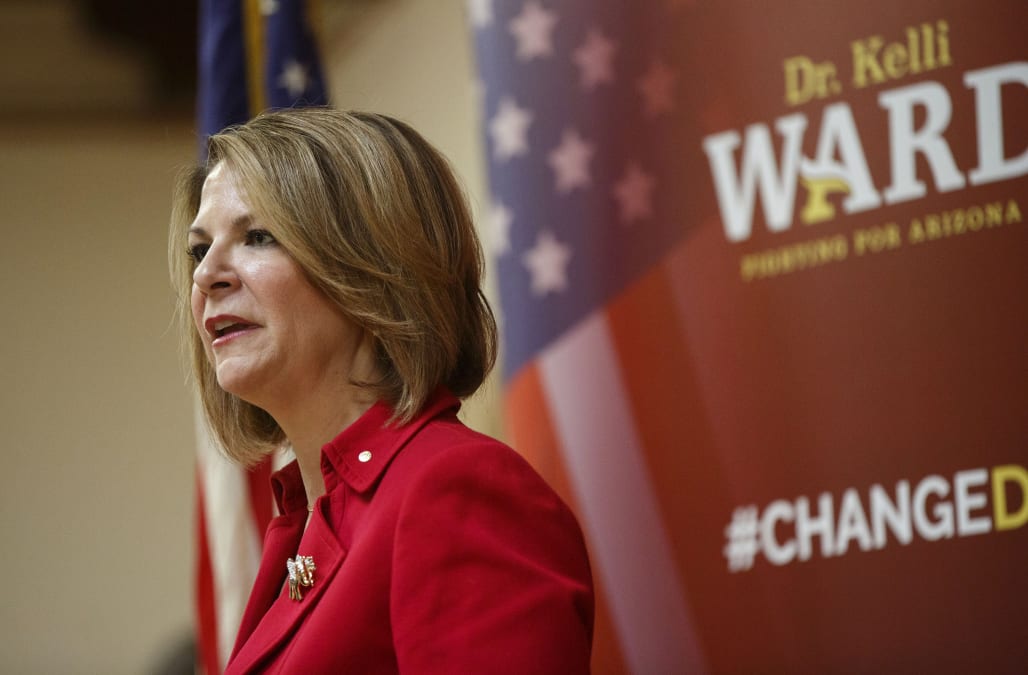 Politician Kelli Ward is urging Senator John McCain to resign from the Senate. This comes in light of Wednesday’s disclosure that John McCain has been diagnosed with brain cancer.

Ward offered her condolences, but according to the Hill, told an Indiana Radio Station, "I hope that Senator McCain is going to look long and hard at this, that his family and his advisors are going to look at this, and they’re going to advise him to step away as quickly as possible, so that the business of the country and the business of Arizona being represented at the federal level can move forward."

She also went on to say, that there was a low chance of McCain returning to the senate. She warned that McCain’s absence could bring the Republican agenda to a halt, dropping Republican votes to 51.

Ward will be running for Senate in 2018, and is pitching herself as a replacement following her loss to McCain in the 2016 GOP Senate primary.

Thus far, McCain has shown no indication of resigning. The senator tweeted on Thursday, "Unfortunately for my sparring partners in Congress, I’ll be back soon, so stand by."