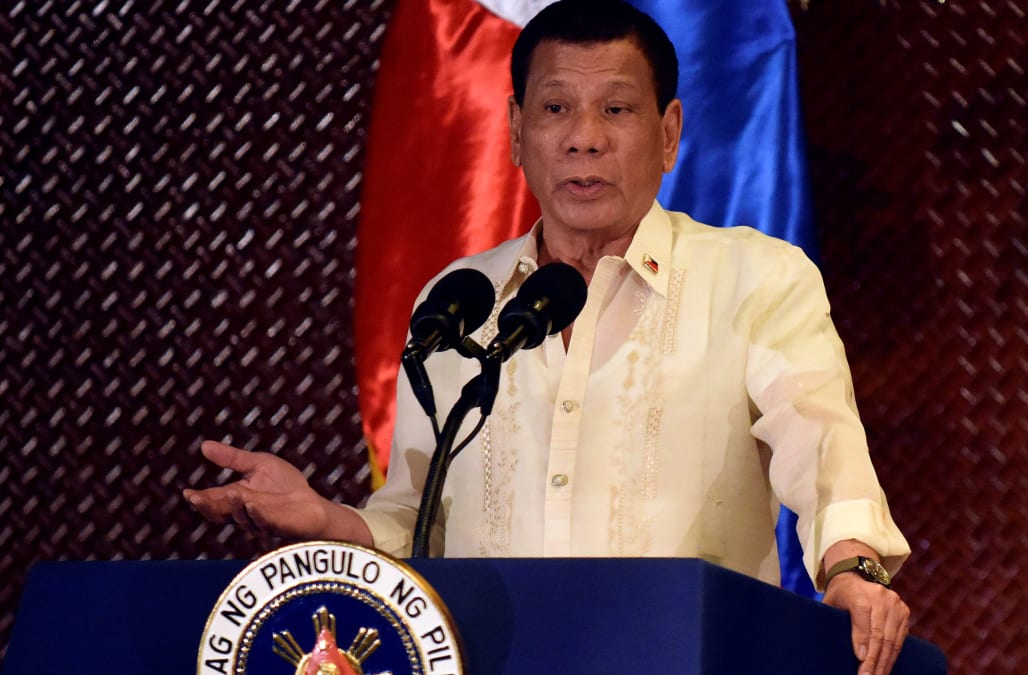 MANILA, July 21 (Reuters) - Philippine President Rodrigo Duterte hit back on Friday at U.S. lawmakers opposed to the prospect of his visiting the White House, saying he would never go to the United States, which he called a "lousy" country.

Duterte was responding to remarks by Massachusetts Congressman James McGovern, who told a hearing of the Tom Lantos Human Rights Commission that he would protest against such a visit if U.S. President Donald Trump followed through on an invitation to the firebrand Philippine leader.

The commission, made up of members of the U.S. House of Representatives, convened on Thursday in Washington for a hearing on Duterte's deadly, year-old war on drugs, which has killed thousands of Philippine citizens.

Human rights groups say many of the deaths were executions by police, an assertion the authorities reject.

"There will never be a time that I will go to America during my term, or even thereafter," said Duterte, who has made no secret of his grudge against the United States, his country's oldest ally.

"So what makes that guy think I'll go to America?" he told reporters, referring to McGovern.

"I've seen America and it's lousy... it would be good for the U.S. Congress to start with their own investigation of their own violations of the so many civilians killed in the prosecution of the wars in the Middle East," he added.

"Otherwise I will be forced to investigate you also. I will start with your past sins."

Trump came under heavy criticism in Washington when he invited Duterte to the White House during a telephone conversation in April. He did not say when.

Duterte's spokesman said Trump had told his Philippine counterpart he was doing a "great job." A leaked transcript obtained by the New York Times backed that up, quoting Trump commending Duterte for his "unbelievable job on the drug problem." (Reporting by Martin Petty; Editing by Clarence Fernandez)